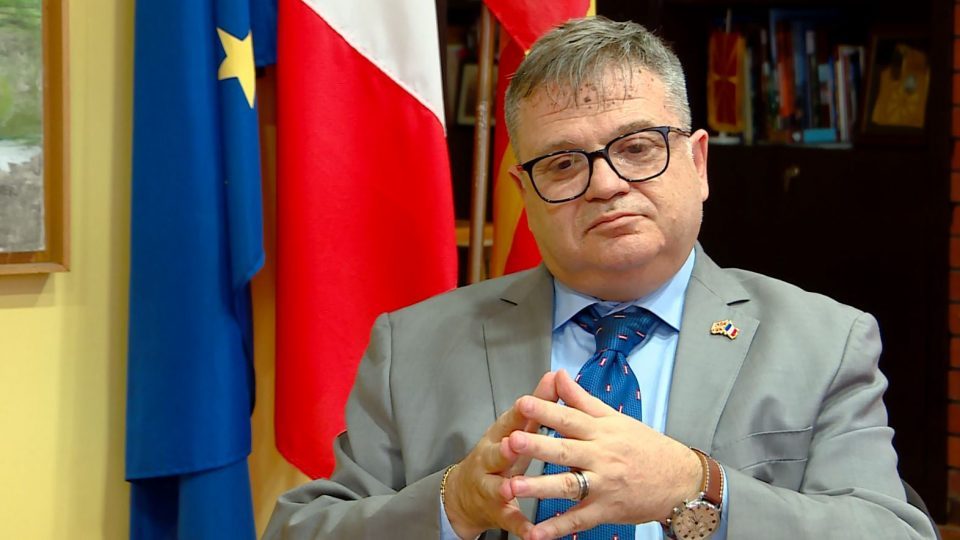 French Ambassador to Macedonia Christian Thimonier expressed his shock at the major racketeering scandal, which brought down Special Prosecutor Katica Janeva and raises suspicions about involvement of top Government officials. The scandal is developing just as European Union member states are considering whether to approve the opening of EU accession talks in October, with France seen as the most skeptical.

For us, it was a shock, we were appalled, just like the rest of the Macedonian public. It is difficult to predict all the possible outcomes at this moment. We consider this to be a very important and difficult case, because when we did the Przino accord, the diplomatic representatives, we were all present during the creation of the Special Prosecutor’s Office. It was an important element to restore and renew the credibility of the country and the judiciary. Now, from the accusations we can conclude that this is a slander which must be withdrawn to protect the person involved and the institution, or it is something that needs to be investigated more thoroughly. It is clear that for the sake of the state, for the sake of justice, a thorough and real investigation must be made, so that there is no room left for concerns, Ambassador Thimonier said during an interview with Alsat TV.

Special Prosecutor Katica Janeva is suspected of being a major part of a group that was allegedly extorting millions from businessmen who faced criminal charges from the Special Prosecutor’s Office. Two lower level accomplices were arrested and charged, but prosecutors have not moved against higher profile suspects so far.

Zaev meets with US Ambassador Byrnes