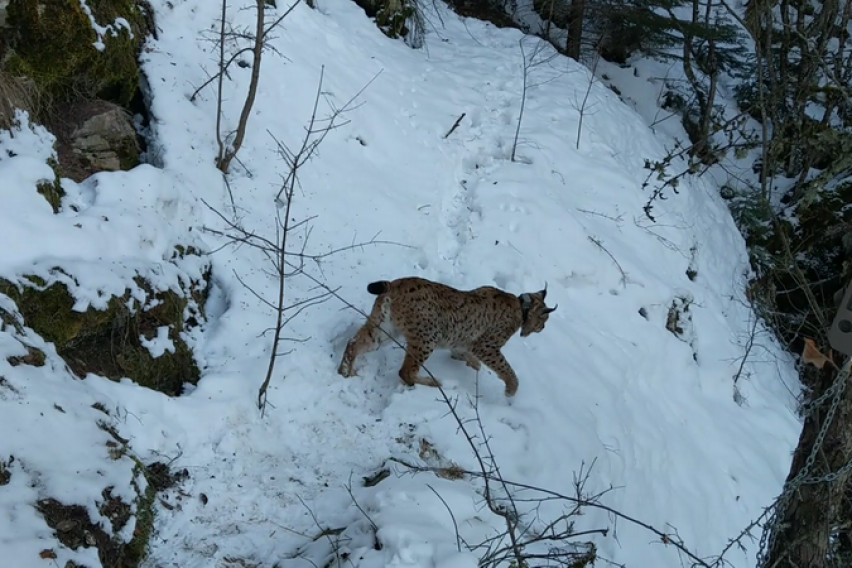 A lynx weighing 27 kilograms was caught in the Mavrovo national park, near the village of Sence.

This is the sixth lynx caught since 2010, when a GPS tagging system was put in place by the Macedonian Association of Environmentalists.

The lynx was caught in a cage set up by the Association, and its team was surprised by the size of the male lynx. It was previously photographed in the photo “traps” set around the park, said Dime Melovski.

After being tagged with a GPS device, it was released, and for the past three days its movements through the park are being monitored, in an effort to learn more about the habits of these critically endangered animals. Initially marked as B8, a competition is on to give it a name.

Protest against over-development in the Mavrovo ski resort