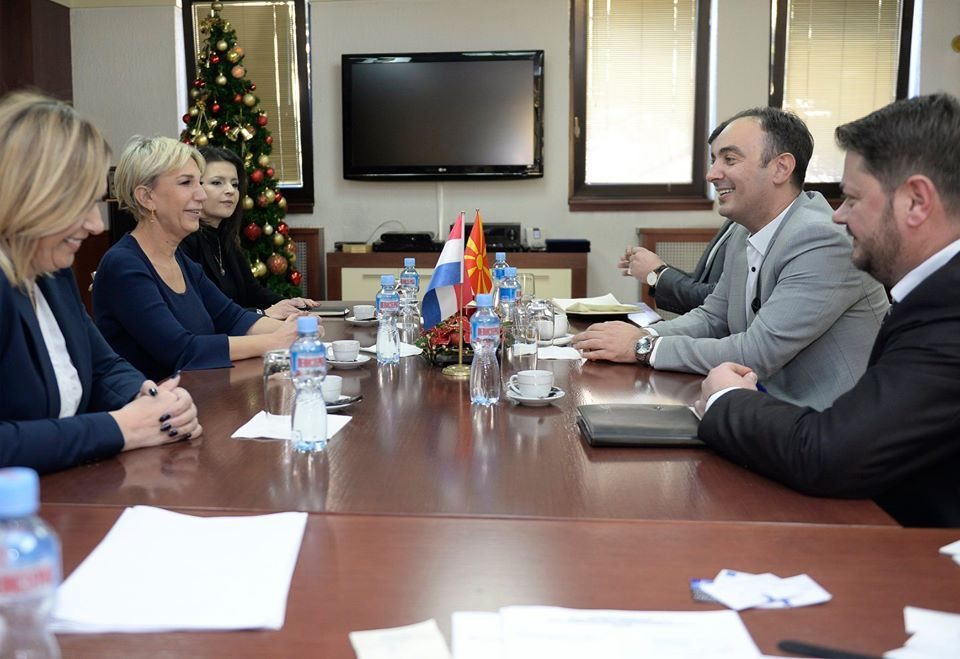 The interim Interior Minister Nake Culev held a series of meetings with diplomatic representatives in Macedonia, to discuss the upcoming early general elections and the police preparations to ensure they run smoothly.

Culev met with the ambassadors of Hungary, the Netherlands, Croatia and the Czech Republic, as well as the head of the NATO mission in Macedonia.

We concluded that the only alternative for the Republic of Macedonia is securing membership in the European Union, which needs to be validated through holding fair and democratic elections, Culev said after his meeting with the Dutch Ambassador Dirk Jan Kop.

During his meeting with Ambassador Laszlo Istvan Dux, Minister Culev expressed his gratitude for the help Hungary extended to Macedonia in securing our border with Greece during the migrant crisis in 2015 and 2016.