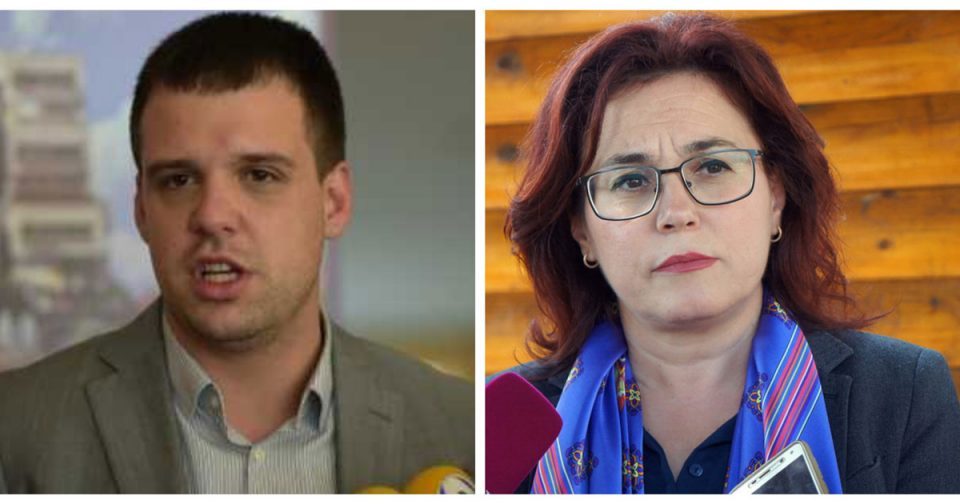 The Mayors of Karpos and Bitola, Stefan Bogoev and Natasa Petrovska, refused to speak in more detail about their testimonies related to the Boki 13 racketeering scandal.

Both were called up by state prosecutors to discuss their ties with Bojan Jovanovski – Boki 13 and the allegations of their possible involvement in extortion and abuse of office.

I responded to the call, and I have nothing more to say, Petrovska told the press.

She was named by journalist Branko Geroski in one of his reports which laid the groundwork in the public for Boki 13’s arrest. According to the report, Boki 13 and a still unnamed top SDSM party officials approached “female mayor” demanding that she gives them a valuable piece of publicly owned land for one of Boki 13’s “charity” projects. According to the report, Petrovska refused the request, but Boki 13 and the SDSM official close to him were able to run the scheme in a different SDSM party led municipality and quickly sold the property for profit.

Zoran Zaev himself confirmed the attempt when asked about the scandal in Parliament, saying that the group asked that the land is given to them to build a retirement home.

Bogoev, on the other hand, is a close personal friend with Boki 13, and his father Vladimir sits on the board of one of Boki’s charities. According to media reports, the inconsistencies in his campaign funding raised suspicion that Boki 13 was paying for his campaign using money from the extortion racket he was running.