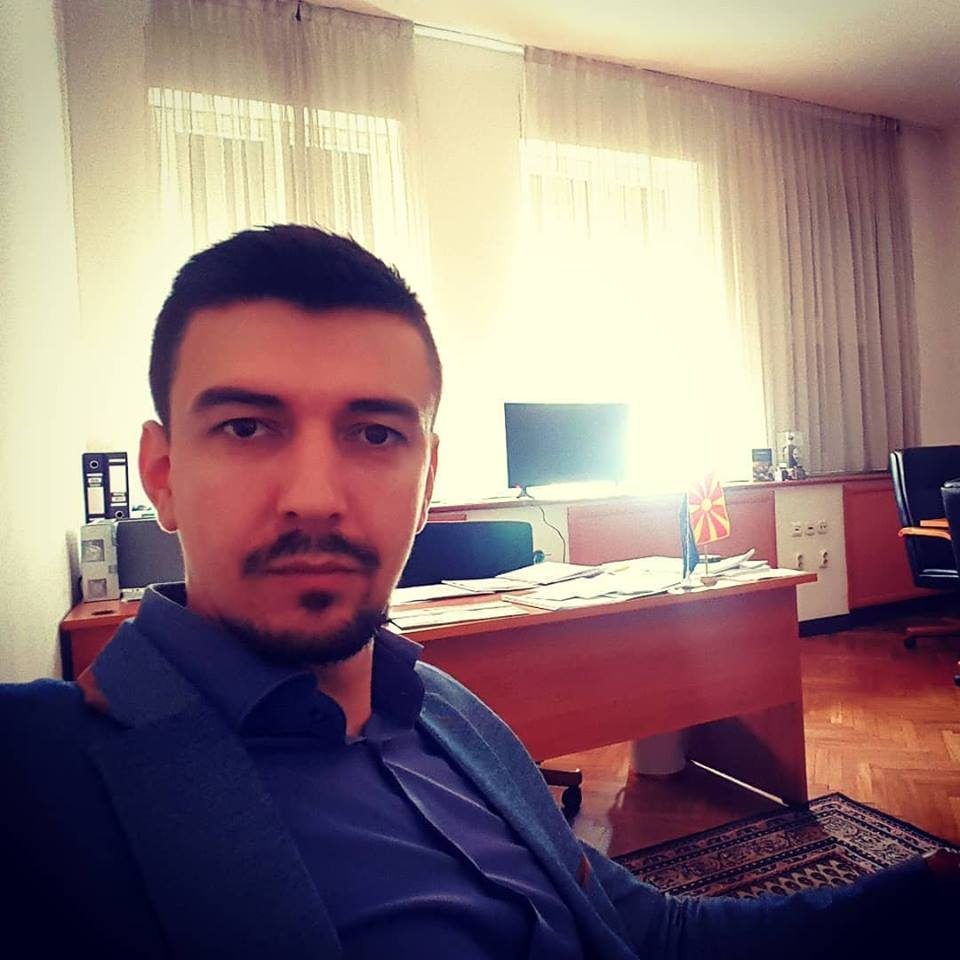 Trajche Arsov, a lawyer who frequently represents SDSM party official Aleksandar Kiracovski in his attempts to silence media outlets who report on his corruption allegations, sent a retraction and an apology request to Republika. The cause of the request is that Republika published excerpts from a Washington Post article, which describes how Arsov was involved in the take-over of a Facebook page for pro-Trump veterans, that was accused of sharing fake news.

Republika is sharing Arsov’s letter in full, despite the fact that it doesn’t deny any specifics of the earlier article. Republika faithfully carried excerpts of a text from an American newspaper, which quoted, in detail, a number of sources, including Arsov himself, to describe the dispute over an influential Facebook group meant for American veterans.

It’s not the first time that Arsov was named in the US media over his business deals that involve setting up and take-over of news sites and Facebook groups, who were then reportedly sharing untrustworthy and incorrect news articles. We believe that it is in the interest of the public to inform what mass circulation news outlets in the US are reporting about the legal representative of a top official of the ruling SDSM party – Aleksandar Kiracovski – as Kiracovski launches numerous attempts to silence media outlets and stop them from publishing critical reports about him. This, especially at a time when his SDSM party is attempting to introduce strict media regulation against what Government organs would like to label as “fake news media”.

Republika, and other critical outlets have received retractions and requests for apology from Arsov, representing Kiracovski, in situations when we would publish the claims of apparently well informed individuals, on Facebook and in other media outlets, that allege unlawful accumulation of wealth on the part of the SDSM membrer of Parliament and his alleged involvement in the largest corruption scandal in Macedonia at the moment – the Racket scandal. We believe that, just as Arsov uses his right to publish information meant for American readers through Facebook groups, Republika also has the right to publish critical reports about his activities published in news outlets such as the Washington Post, as well as to report on corruption allegations that touch on the Macedonian Government – reports which, judging by the on-going investigation, are far more credible than the reports published by the Facebook groups linked with Arsov.

Retraction and request for an apology

On September 18th 2019 the Republika.mk news site published a title “Kiracovski’s lawyer is the businessman who hijacked the Facebook page Vets for Trump”, including a personal photograph published without my approval and containing untruthful claims stated as facts.

I deny the title in full as a lie, as it represents a clear slander and a skillful attempt to manipulate the readers, and doesn’t correspond with the content of the article.

I have great respect for the freedom of expression of every individual, including yours, but this freedom must not harm the honor and reputation of other individuals by sharing slanders.

I demand that my retraction and request for apology is published without your embellishment in a way that, by the title, will make it clear that it is a retraction and an apology, and on the contrary, a civil lawsuit will be initiated for slander, with the request of payment of material and moral damages for the harming of my copyright by the unlicensed publication of a personal photograph.

The retraction and the apology must be published within 48 hours of the receipt of this in writing, in accordance with article 13.3 from the law on civil responsibility for slander and insult. 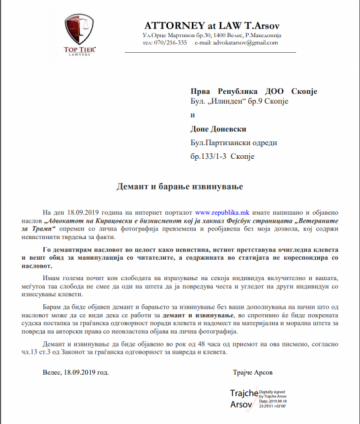 “Serenade photo” of Boki 13 and Aleksandar Kiracovski appears throughout Skopje