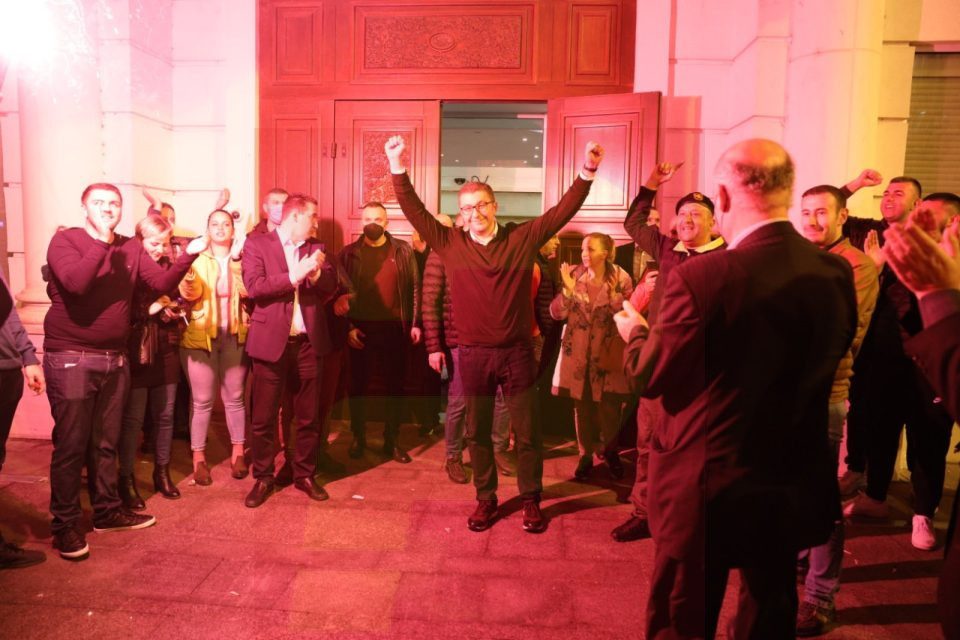 VMRO-DPMNE President Hristijan Mickoski addressed supporters in the party office in Skopje, as news continued to pour in about victories across the country in the local elections.

He declared that VMRO won outright in 20 municipalities, including major wins such as Kisela Voda, Butel and Gazi Baba in Skopje, the cities of Prilep, Stip and Veles, as well as a number of smaller cities and rural municipalities. Other major wins are on the horizon, Mickoski added, insisting that once all the results are in, VMRO could carry Aerodrom and Gjorce Petrov in Skopje, as well as Bitola and Ohrid in the first round. 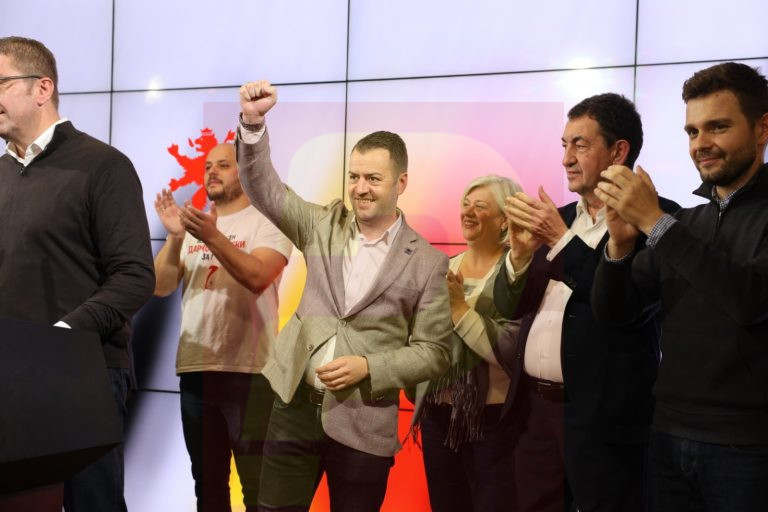 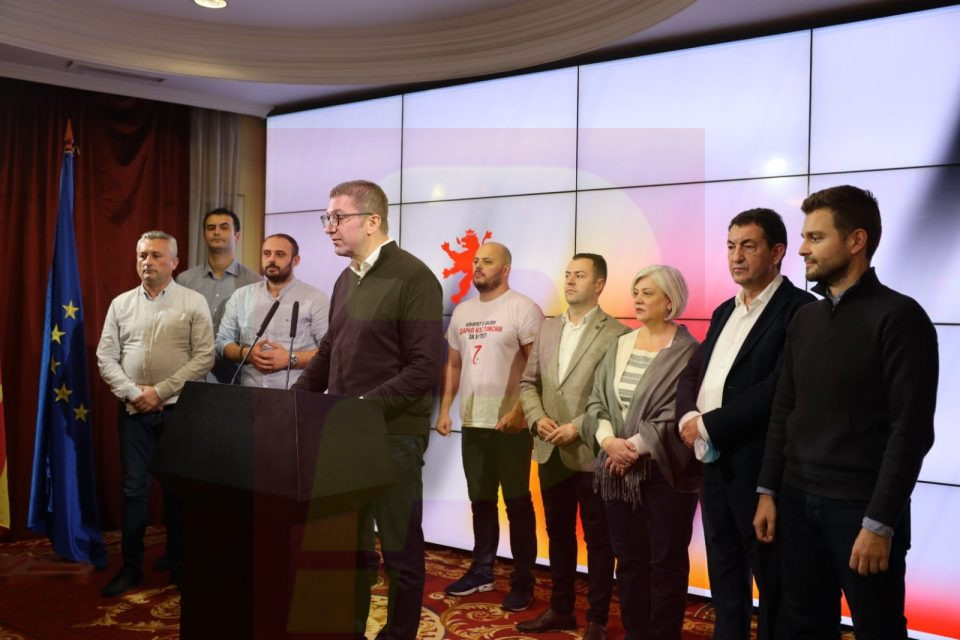 We won in Kisela Voda 2:1. We won in Butel, Gazi Baba, Gjorce Petrov, we have the city hall in Veles… We go to a run off in Centar and Karpos, Mickoski declared the list of successes, some very improbable like denying SDSM an outright win in the center of Skopje.

A second round will be fought against SDSM in Kocani, Makedonska Kamenica, Probistip, Kratovo, Radovis, Demir Kapija, Resen, and a number of rural municipalities. The opposition party also leads in the ethnically mixed city of Kicevo, and will face an Albanian opponent there. 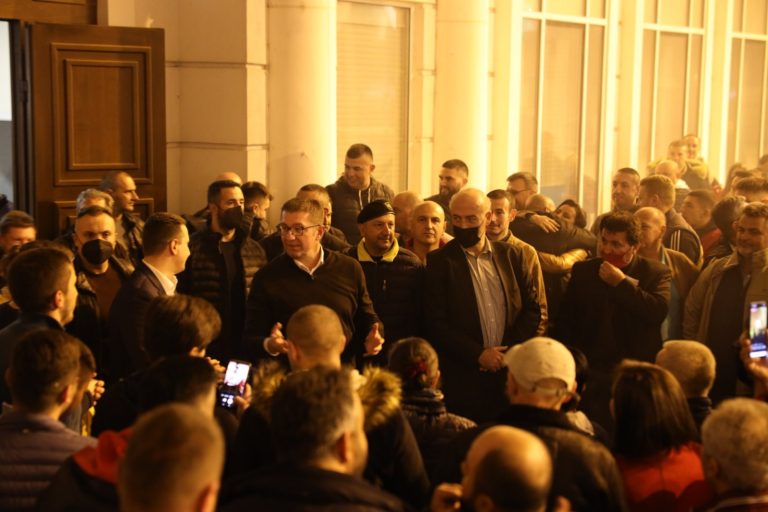 We enter the second round as the stronger party in 20 municipalities, Mickoski said, as his supporters chanted “all of Skopje is a VMRO city”.

In the race for the capital Skopje, Mickoski said that the VMRO supported candidate Danela Arsovska leads the SDSM candidate Petre Silegov by 2,750 votes, and that VMRO will have majority in the Skopje City Council by significant 50,000 votes. 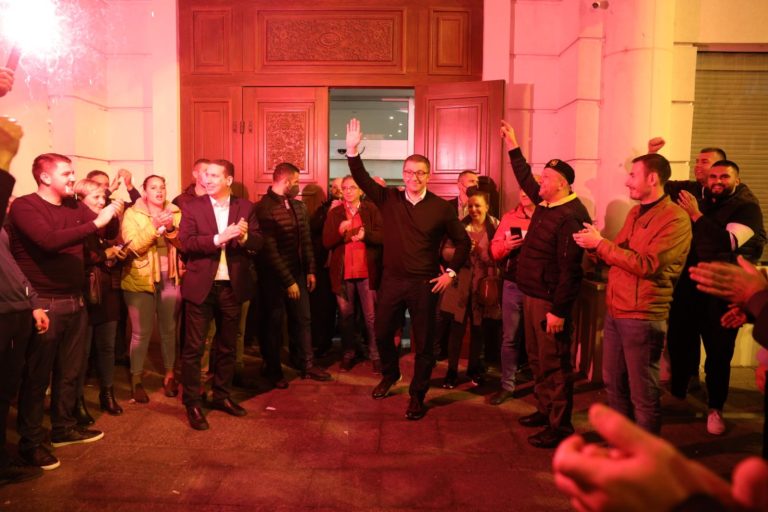 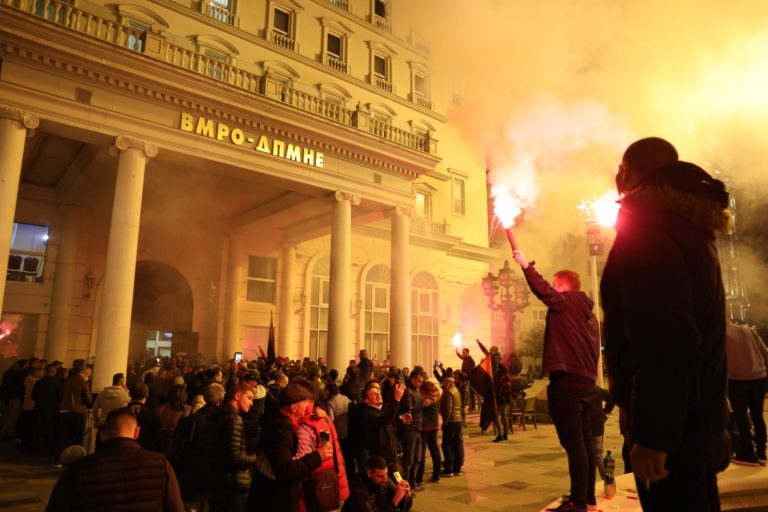 SDSM leader Zoran Zaev avoided the public during the day, but is expected to make his remarks shortly.