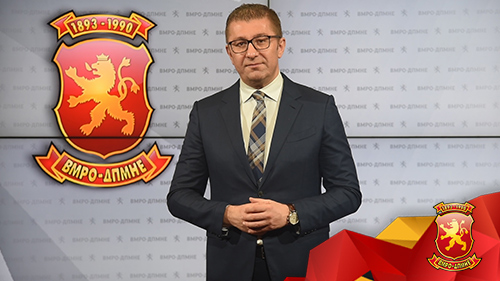 When I use the term “mafia” for the Government I’m accused of using too harsh words. But Macedonia is now at its historically worst 111th place in the Transparency Corruption ranking, said opposition leader Hristijan Mickoski after Macedonia had another serious drop in the corruption perception ranking.

After years of high level corruption scandals, Macedonia drops to its worst ranking in the Transparency International poll

TI ranks countries based on a poll where citizens state how often they are confronted with corruption. “Kosoov, Albania, Tanzania, Burkina Faso and Colombia are better than us”, Mickoski said. “We dropped 45 places in five years. It is not enough that jut the Justice Minister resigns, or the Deputy Prime Minister who pretends to be in charge of fighting corruption. The whole Government needs to go”.

The ranking comes after a long list of major corruption scandals that are plaguing the Zaev regime, and is especially ironic given that the theme of the 2015 Colored Revolution, which Zaev initiated to grab power, was the promise that he will fight corruption.