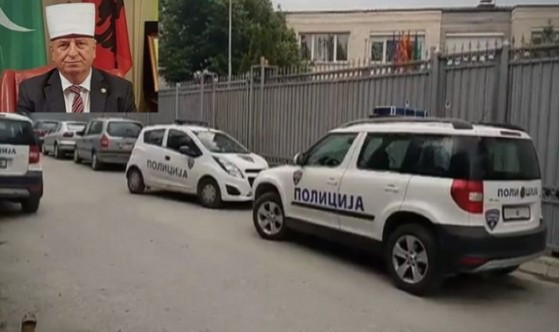 The state aparatus brutally interferes in the affairs of the Islamic Community (IVZ), said VMRO-DPMNE leader Hristijan Mickoski after Tuesday’s police raid whose goal was to remove the IVZ head reis who is feuding with Zoran Zaev’s Government and threatened to call the faithful to vote against Zaev’s candidate in the presidential elections.

How can the Prime Minister claim that he is not informed about a police raid ordered by his Interior Minister? The armed police forces which surrounded the IVZ office did not go there on their own. They were sent there by someone, and that someone is the Interior Minister, who is one of the closest collaborators of the Prime Minister, Mickoski said in an interview with Kanal 5 TV.

The Albanian faction in SDSM, led by party deputy leader Muhamed Zekiri, demands the removal of reis Sulejman Rexhepi, not because of his many controversial comments but because he threatened to call on Muslims to vote against Zaev’s presidential candidate unless IVZ receives the deeds to significant real-estate across the country, given to its mosques mostly during the Ottoman times.