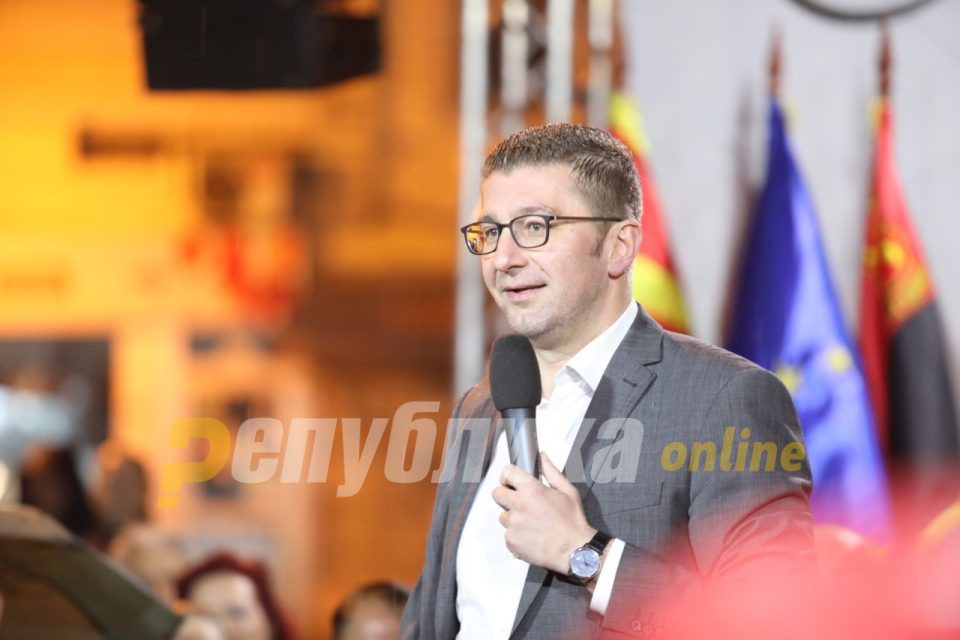 VMRO-DPMNE leader Hristijan Mickovski said At Wednesday’s rally in Berovo that everything that SDSM promised when in opposition has not fulfilled, and that people now know that they are selfish people, said Mickoski, and that is why they will send them in the past.

The future President of the Republic of Macedonia will be a woman and this is already clear. We need to unite on April 21 and May 5, we need Berovo for this record victory so that we can send these political frauds in the political past, in the dark side of history, Mickoski said.

Mickoski also noted that Zoran Zaev and the government are ashamed of Macedonia’s national anthem, and with a lot of excuses, it was left out during Tsipras’ visit to the country.

The leader of VMRO-DPMNE said that his party for the parliamentary elections will offer a program that has not been seen so far.

VMRO-DPMNE will come out with an unprecedented program, I’m not saying that we will solve everything, that is impossible and will not happen. But with us, you will see hard working politicians. That is why I ask you for support to rise Macedonia from the ashes and the crime of this government, said the leader of VMRO-DPMNE.