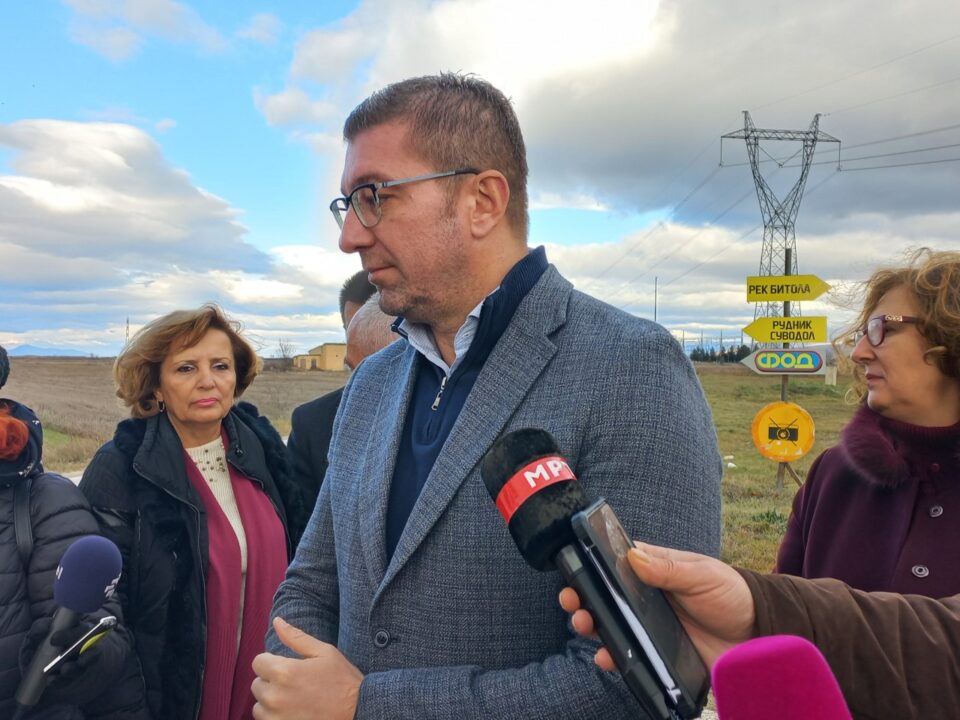 The future government led by VMRO-DPMNE does not intend to close REK Bitola. On the contrary, it intends to invest a lot of money in its modernization and improvement of the environmental performance of the plant, said VMRO-DPMNE leader Hristijan Mickoski on Thursday.

Mickoski believes that the situation in the electricity sector in the country is catastrophic.

The announcement from the management and leadership not only in REK Bitola, but also in the former ELEM, today ESM that without any criteria, without any methodology, I guess it will be another party revenge of Vasko Kovacevski and the group around him to political dissidents, according to them, to fire people, to send them on forced leave because they failed to manage the plant well, ie there are reasonable suspicions that public procurement is being abused and thus crime and corruption reign in the former ELEM, and today ESM, said Mickoski.

Mickoski sent two messages in front of REK Bitola. The first message, as he said, is to the employees of the former ELEM, today ESM, that the future government led by VMRO-DPMNE does not intend to close REK Bitola, but on the contrary it plans to invest in its modernization and improvement of environmental performance, when it comes to protection of the environment and cleaner air.

The second thing refers to the management of REK Bitola and today ESM that there will be held accountable for their actions.

The next government led by VMRO-DPMNE will demand accountability for what you have been doing for the past four years, and especially now that you are playing with human destinies, with human lives ahead of the great Christian holidays, Christmas and Christmas Eve, people and families fear afraid whether they will have or not have a dignified table, said Mickoski.

According to him, it is a matter of bad management and there are well-founded suspicions about the crime that took place in ESM.