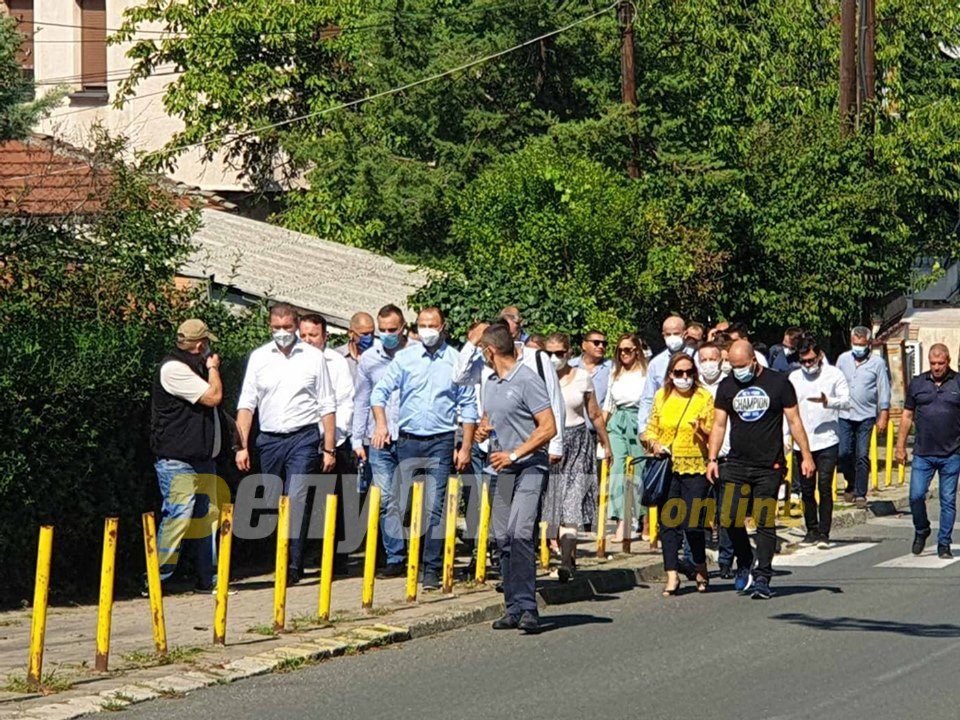 VMRO-DPMNE President Hristijan Mickoski and most of the VMRO members of Parliament walked up to the Vodno residence of President Stevo Pendarovski to demand a meeting and an explanation after he awarded the first attempt to form a Government to SDSM leader Zoran Zaev.

It’s expected that Mickoski and Pendarovski will meet shortly, likely accompanied by other members of Parliament. Pendarovski gave the to Zaev despite the fact that he himself acknowledged that he doesn’t have the necessary 61 votes. 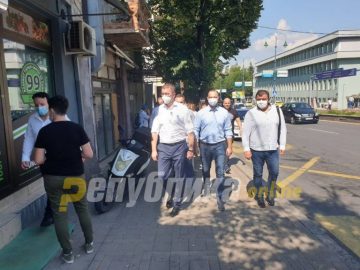 The two parties are essentially tied in Parliament, with VMRO having more seats won independently – SDSM has two more if the four seats of its coalition partner BESA are added.

The Constitution states that the President gives the mandate to the candidate of a party or a coalition that has “majority” a term that Pendarovski today loosely defined as having a mere plurality. Pendarovski insisted that he is tied to a deadline to award a mandate by Friday, ten days after the Parliament has constituted. But many legal experts insist that the Parliament is not fully constituted because a new Speaker was not elected.