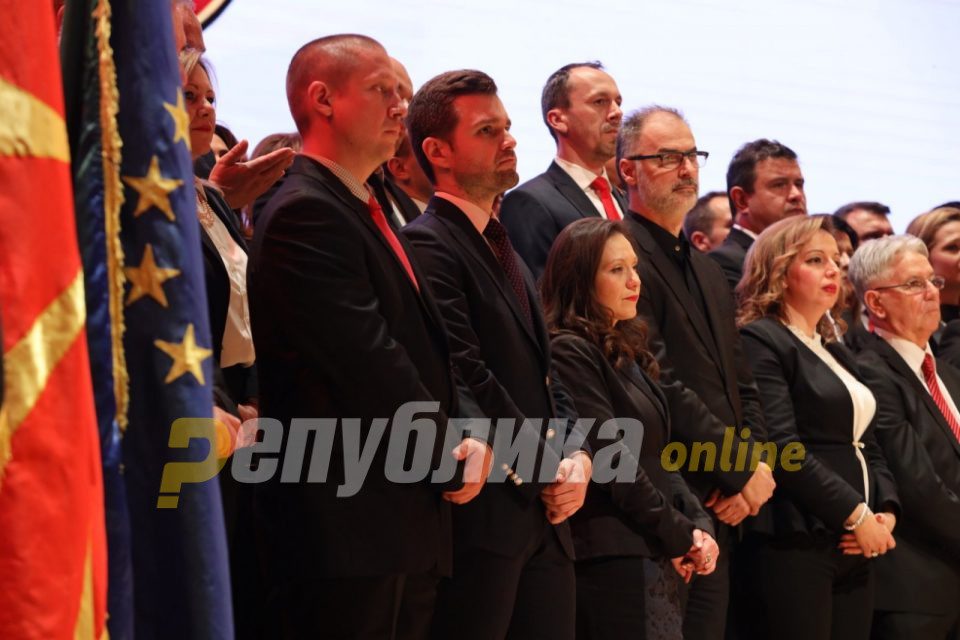 Agents of Zoran Zaev’s SDSM party keep approaching members of Parliament elected on the VMRO-DPMNE ticket, offering them money and other perks to switch allegiance, VMRO leader Hristijan Mickoski said during his press conference today. Zaev, who was given the mandate to form a Government today, is far short from the 61 votes he needs, but given his practice during the previous Parliament, it’s likely he will again try to bribe and blackmail other party members to join him.

Over the past day, three members of Parliament reported that they received “well-intentioned offers” in Zaev’s name for various privileges if they voted for SDSM, Mickoski said, adding that “no-one from our group will support SDSM”.

Zaev has 46 votes, together with his coalition with BESA, while VMRO-DPMNE won 44 seats. In the previous term, SDSM used politically motivated criminal cases and bribery to pressure a dozen members of Parliament elected on the VMRO-DPMNE ticket to vote with them some or all of the time, especially during the imposed name change vote and the vote for a new law on public prosecutors meant to shield SDSM leaders from corruption investigations.