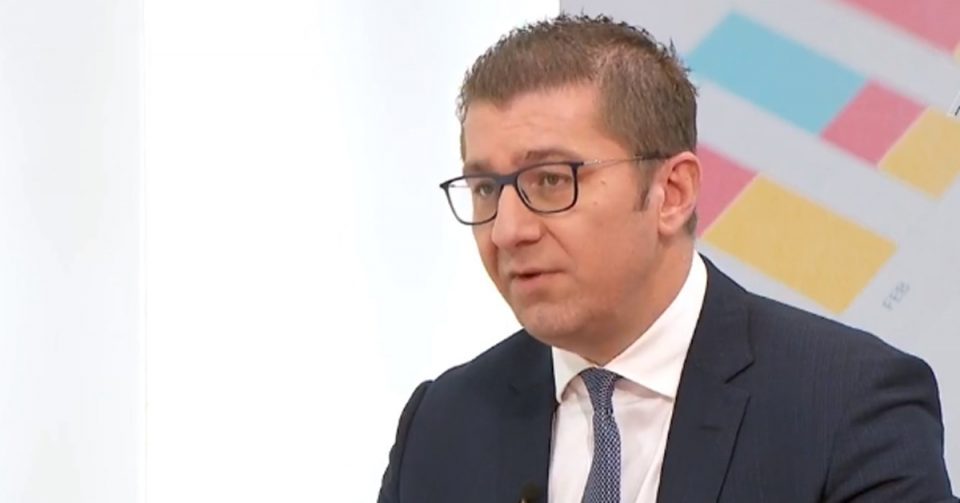 The entire public realizes that Zoran Zaev had a close relationship with former Special Prosecutor Katica Janeva. Zaev was also close with a media owner (Bojan Jovanovski – Boki 13) and was so direct with him to inquire how he funds his business, said VMRO-DPMNE President Hristijan Mickoski. The opposition leader called on the prosecutors to investigate Zaev’s role in the major racketeering scandal that is shaking Macedonia’s judiciary.

Nobody in this country dares to even question Zaev about what was going on. Zaev was aware about the activities of Boki 13’s International Association, he himself acknowledged that he was helping Boki 13, but is not being invited to questioning over the on-going criminal case, Mickoski said.

He noted that it’s strange how police inspectors, who were conducting surveillance on Janeva after she was suspected of racketeering, stopped recording her movements as soon as they realized that she is being driven in the direction of Zaev’s villa on Mt. Vodno. Similar lack of curiosity was observed when the third of the defendants, Zoran Mileski – Zoki Kiceec, would head toward the Government building.

The public knows what was going on. If this case is not resolved as it should be, we will be ranked 160th in the Transparency International ranking, and now 106th as we are now, Mickoski said.

Regarding the coming elections, Mickoski said that the party is no longer under obligation to follow the unwritten rule that the winner in the Macedonian ethnic camp forms a coalition with the winner among ethnic Albanians. Ali Ahmeti’s DUI party, which is favored to win the Albanian vote, violated this rule after the 2016 elections when it opted to form a Government with SDSM instead of the winning VMRO-DPMNE party. As a result of this, Mickoski said that VMRO-DPMNE will choose its Albanian coalition partner based on the compatibility of their electoral programs. Mickoski says that VMRO is close to winning the 61 seats that would allow it to form the next Government outright, and the party will be open to a coalition with the opposition Albanian group formed of the Alliance of Albanians and Alternative.