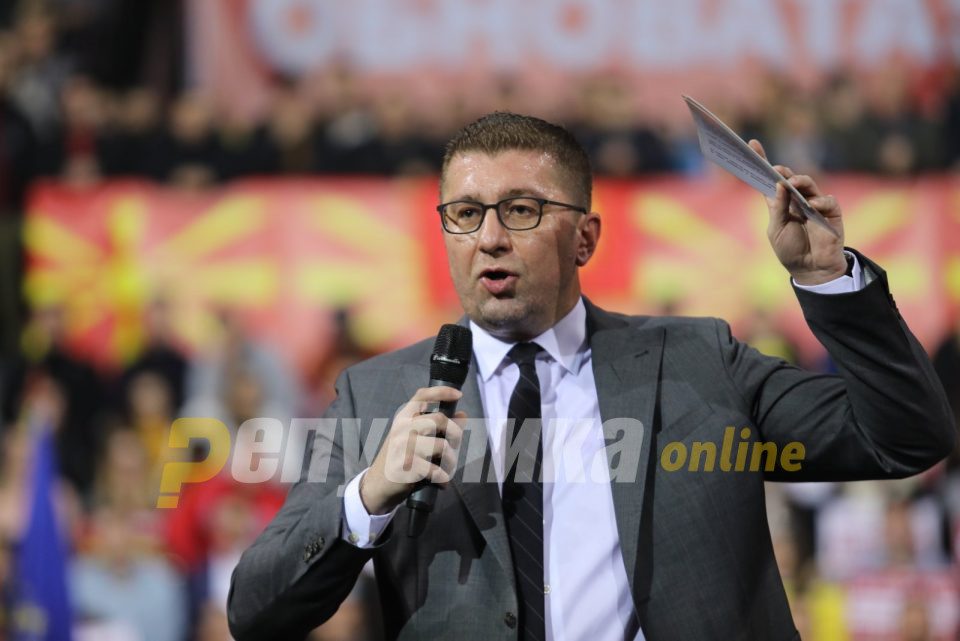 VMRO-DPMNE President Hristijan Mickoski said that Macedonia’s drop in the Transparency International ranking proves that the country is under the control of corrupt politicians.

Criminals run our country. The current Government alleged that there is crime and a regime in place before, but in 2015 Macedonia was ranked 66th, a full 40 places above our current ranking. Then, we ranked better than Bulgaria and Greece in corruption perception, not to mention Albania, Bosnia and Kosovo. We were better than Serbia and Croatia. Look at us now, tied for 106th place with Albania. We are falling off a cliff, Mickoski said.

Macedonia is undergoing a collapse of its judiciary after the major corruption scandal involving Special Prosecutor Katica Janeva, and the systemic abuse of the judiciary for settling political scores.

Zaev campaigns against DUI in Cair

VMRO-DPMNE President Hristijan Mickoski responded to the latest leak showing a direct connection between the Zaev family and underworld figures plotting to silence opposition activists by burning their cars, and the protest from two top judiciary officials linked to Zaev after they were publicly named...
Macedonia 05.07.20 | 16:08

Zaev campaigns against DUI in Cair