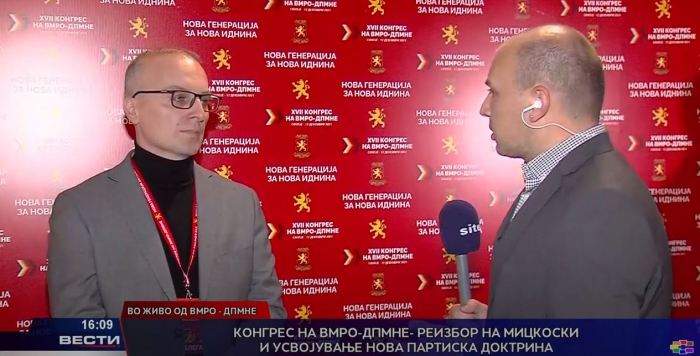 VMRO-DPMNE official Antonio Milososki said that the Hristijan Mickoski earned his re-election as party leader, after the electoral success during the local elections.

Mickoski deserves the trust of the voters in the future, and during the early general elections which we expect will take place next year, Milososki said.

VMRO is holding its party congress today, where Mickoski is expected to be re-elected, and a new party doctrine to be announced. Milososki said that the doctrine was prepared by distinguished party officials such as Rasela Mizrahi, Trajko Slaveski, Marjan Gjorcev and Ilija Dimovski.