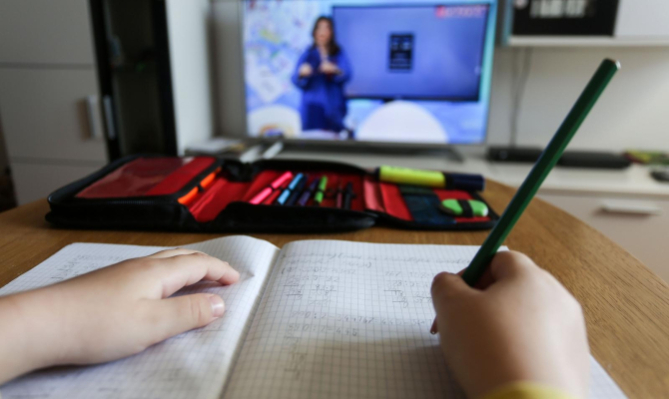 Faced with the fact that many households are unable to provide computers so that their children would attend online education, the Government today agreed to allow several dozen elementary schools to operate with in-person education. At least a quarter of students have reported problems following the online teaching under a hastily prepared platform which was activated late last week.

Prime Minister Zoran Zaev said that most of the schools that will be allowed to open are in small, mountainous villages.

We are working non stop on the online education platform, to make it fully operational, and we are grateful to the MRT public television for broadcasting the lectures, as well as to all principals and teachers who are contributing with electronic and written materials, Zaev said.

Education Minister Mila Carovska added that the announced protest in Debar, where high-school students demanded that their school is reopened, has been overcome.

In the lowest three grades of elementary school, where students are allowed to attend in-person but can also attend online, only between 1.5 and 2 percent of all students have decided to go online. All others are attending in person, it was reported.