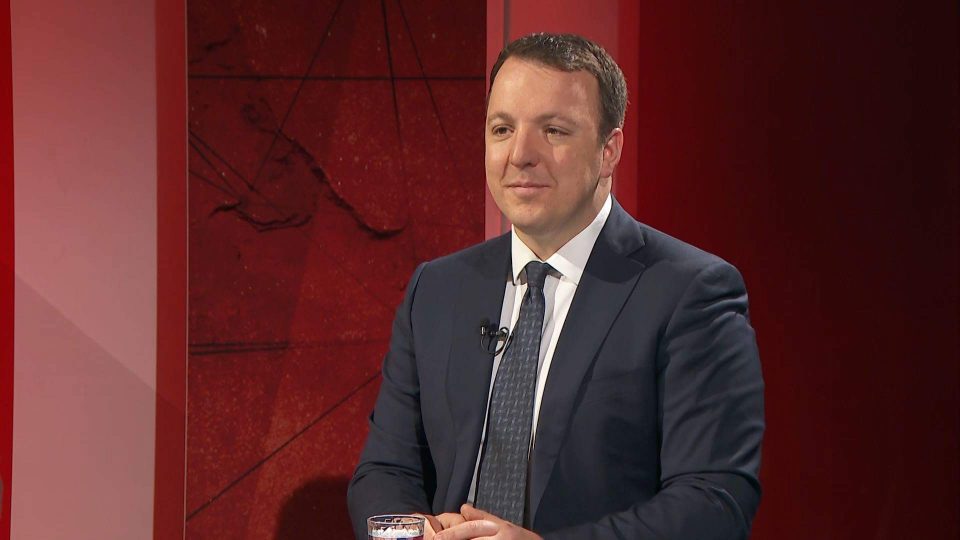 Early parliamentary elections are needed more to Macedonia than to VMRO-DPMNE, because VMRO-DPMNE will win whenever elections takes place, but Macedonia must not waste time. With the current government, the basic foundations of the country are being destroyed, there is a leadership that is ready to negotiate everything, and corruption is like that of Colombia and Ethiopia, Aleksandar Nikoloski, vice president of VMRO-DPMNE said on the “Jadi Burek” show on TV Sonce that the citizens are living worse, and the catastrophe that is happening to us can be stopped and changed only by a change of government.

That is why we demand early elections to change things, and the philosophy of those in power is to steal and have a catastrophe, but outside the make-up is good. But that make-up does not work because the situation is catastrophic. Many people cannot meet their basic needs. One only needs to go the grocery store and see what can be bought with 1,000 denars compared to before, to see the prices of fuel, the price of oil, sugar and bread which is almost twice as expensive. It is a complete increase that is happening and people with the same salary can buy less and less. With this government, the energy crisis will only get worse and the citizens will live even harder until next year, said Nikoloski.

Nikoloski pointed out that precisely because the people had it enough of the crimes and incompetence of the government, they punished them in the local elections and voted for changes that are already happening in the municipalities where VMRO-DPMNE won.

Changes and projects are happening. The mayors of VMRO-DPMNE, the whole team delivers much more than before. There is a clear picture of where we are moving, the mayors of VMRO-DPMNE show that things are changing for the better. We presented a program for each municipality, the party stood behind that program and we have a responsibility for how it is implemented, said Nikoloski.