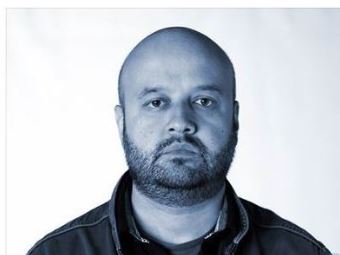 Following the torrent of anti-Semitic abuse which SDSM party supporters aimed at the newly appointed interim Labour and Welfare Minister Rasela Mizrahi, the party had to officially distance itself from its activists. SDSM leader Zoran Zaev issued a non-apology statement which never the less called on the party members to “avoid and reject speech that may contain insults or slanders”, including anti-Semitic ones.

SDSM officials and activists, angry at Mizrahi for taking over a position held by their favorite Mila Carovska, called her a “Jew working for a Nazi party” and a Ministry spokeswoman advised her to wear the star of David symbol.

And the abuse has not stopped. Ljubisa Sulimanovic, a social media expert from a prominent PR agency, who is an outspoken supporter of SDSM, wrote a ghoulish tweet condemning the new Minister.

Rasela Mizrahi is putting together a map of all restaurants which serve Jews, Sulimanovic wrote in a tweet he since deleted, which provoked numerous other, equally ugly or worse comments from his followers.

Mizrahi comes from a prominent Sephardic family, which is one of the few that survived the Holocaust. Most of the Macedonian Jewish community, at least 8.000 strong, was deported in 1943 and killed in the German death camps.