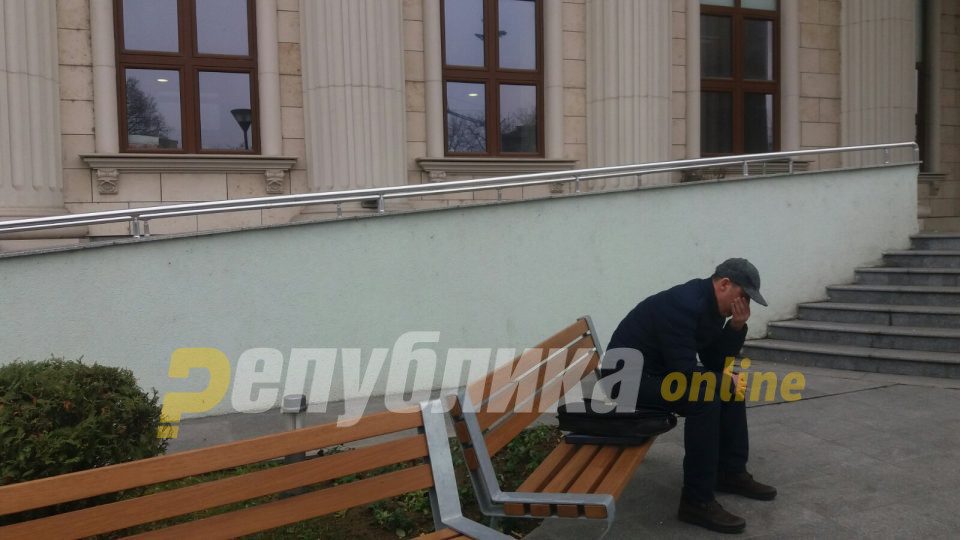 In the TNT trial hearing scheduled for today, judge Ognen Stavrev summoned the doctor who treated one of the defendants, former Gazi Baba Mayor Toni Trajkovski. Trajkovski was badly beaten by unknown attackers a month ago, but judge Stavrev, who seems determined to get to sentencing as quickly as possible, is going after the doctor whose report allowed for the trial to be postponed.

Trajkovski should have his rest and can’t attend court hearings for the next 15 days, his defense attorney said during the last hearing. The defense called the decision to interrogate the doctor an unprecedented move. Judge Stavrev also looked into staging a separate trial for Trajkovski, so that he could continue sentencing the other defendants.

Stavrev is pushing a hectic schedule, which included 12 hour long hearings and postponing all other cases on his roster, in the trial that could end up with a damages payment of as much as 40 million EUR to controversial, politically linked businessmen Fijat Canoski. Initially conceived as one of the many cases meant to drag down former Prime Minister Nikola Gruevski, it is now believed that it is being pushed to get to the huge settlement before the April 12 elections. In the on-going Racket trial it was revealed that Canoski, through an intermediary, paid at least 200.000 EUR to an associate of Special Prosecutor Katica Janeva, who initiated the TNT case.