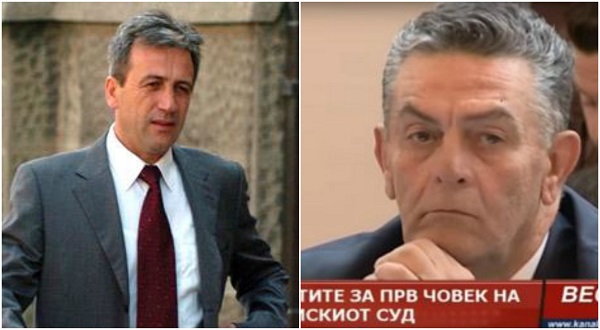 The next hearing in the TNT trial is scheduled for Monday, as judge Ognen Stavrev seems determined to deliver a guilty verdict. Stavrev ordered two unprecedented 12 hours long hearing this week, including one today. He scheduled hearings almost daily, even canceling hearings in the 2012 Good Friday islamist massacre case just to obey the order from the outgoing Prime Minister Zoran Zaev, whose pre-election campaign seems focused on getting the judiciary to sentence his political opponents as quickly as possible. One of the reasons for concern here is that one of the members of the jury of judges who are assisting Stavrev is supposed to retire next week, and this might cause a mistrial, but there are apparently far deeper reasons for the unheard of actions of the judge who is pushing the case as if his life depends on it.

The TNT case, initiated by the now disgraced Special Prosecutor’s Office as part of its campaign against former Prime Minister Nikola Gruevski and his closest associates, has raised suspicions of additional, non-political motives. If Stavrev delivers a guilty verdict, controversial businessman Fijat Canoski stands to gain up to 40 million EUR, and given his alleged involvement in the growing racketeering case, along that of former Special Prosecutor Katica Janeva who began th TNT trial, it’s possible that the public is witnessing a continuation of the extortion campaing. This time the target is that public budget, and the recipient Canoski could get a great return on his alleged investment in Janeva.

Let’s not forget how Fijat Canoski returned to the public eye with the racket scandal. It was alleged that he was paying money to (Janeva’s associate) Bojan Jovanovski – Boki 13 to make sure that some compromising tapes about him don’t surface. Canoski is the owner of the Kosmos residential complex, during whose construction he ignored 30 court ordes to stop building, because he ignored the original construction permit which required him to build three levels of underground parking, instead of just two he built. It’s clear that Canoski was offering money to have his complex legalized, but the institutions decided to uphold the law, says commentator Aleksandar Pandov.

Gruevski once described Stavrev as an openly partisan judge who could not hide his support for SDSM and hatred toward the VMRO-DPMNE party even during the trials. Pandov today also discussed this aspect of the judge’s character.

Let’s take a closer look at judge Ognen Stavrev, who is now a key person in this trial. The son of Dragoljub Stavrev, former Deputy Prime Minister of the Yugoslav Government, Vice President of the Yugoslav Communist Party and Secretary General of the party, he has lived, as appropriate for such people, in a luxury villa in the elite Vodno district, right next to his family friend and denier of Macedonian national identity architect Miroslav Grcev. Grcev was invited to be an “independent” expert witness in the TNT trial by Canoski. The uncontrollable hatred this judge has toward VMRO is well known, and journalists present during his testimony say that he was spewing bile at VMRO and Nikola Gruevski during the court recess. Those around him are familiar with his threats to destroy anybody associated with VMRO. The judge’s wife was hired in the City of Skopje by the SDSM party, and his son – in Komercijalna Bank ran by former SDSM Prime Minister Hari Kostov. It is widely expected that Stavrev will be appointed Appeals Court judge if he delivers this verdict, Pandov explains.

With Gruevski as political exile in Budapest, the only people available to be arrested in this case are former Transportation Minister Mile Janakieski, who is by now the regular fall-guy for the SDSM campaign of political persecution, and who already survived one attack by Albanian terrorists while in detention, and lower level municipal officials.

Fijat Canoski became an essential figure in the 2015 wiretapping scandal. His FON university hired Zoran Verusevski, the notorious state security chief who was instrumental in the wiretapping and the preparation of the tapes to have the maximum possible effect in favor of SDSM. The current dean of the FON Law Faculty is former SDSM appointed Interior Minister Ljubomir Frckoski, whose wife Irena Frckoska is now the defense attorney for Katica Janeva. Canoski was a frequent participant in the Colored Revolution protests alongside Zaev.

Ultimately Canoski paid a significant amount of money to Boki 13, through his close relative Adrijan Amzovski. The payment of 223.000 EUR likely served several purposes – blocking the publication of the incriminating tapes held by Boki 13 and his associates, a chance to get in on some of the real-estate deals Boki 13 was working on with SDSM afiliated mayors, but most of all a reward for Boki’s close friend Katica Janeva for beginning the TNT case in which Canoski stands to gain tens of millions of euros from the state budget in the name of damages for his demolished illegally built residential complex.

Struga developer cheated by Boki 13 asks for his 223.000 EUR back, with interest

This raises the possibility that the motivation of judge Stavrev to stage kangaroo court style hearings in the TNT case goes beyond his political allegiance and the possibility of promotion, but can also lead to financial gains.

There’s a lot of money to be made in this entire operation. For Zaev to approve the payment of 40 million EUR in damages to Canoski, he needs first judge Stavrev to deliver a guilty verdict. I leave to the imagination of the reader how this bounty will be divided among those involved. On top of it all, Canoski is working to rebuild the complex, despite not having a building permit. He wants to put 7-8 innocent people who only followed the law in prison, take tens of millions of euros in damages from the state, and then erbuild the complex and sell it for tens of millions more. If this thing stands, how will we get municipal governments to destroy unlawfully built real-estate ever again, if they face the prospect of being put to prison for doing their job?, Pandov declares.