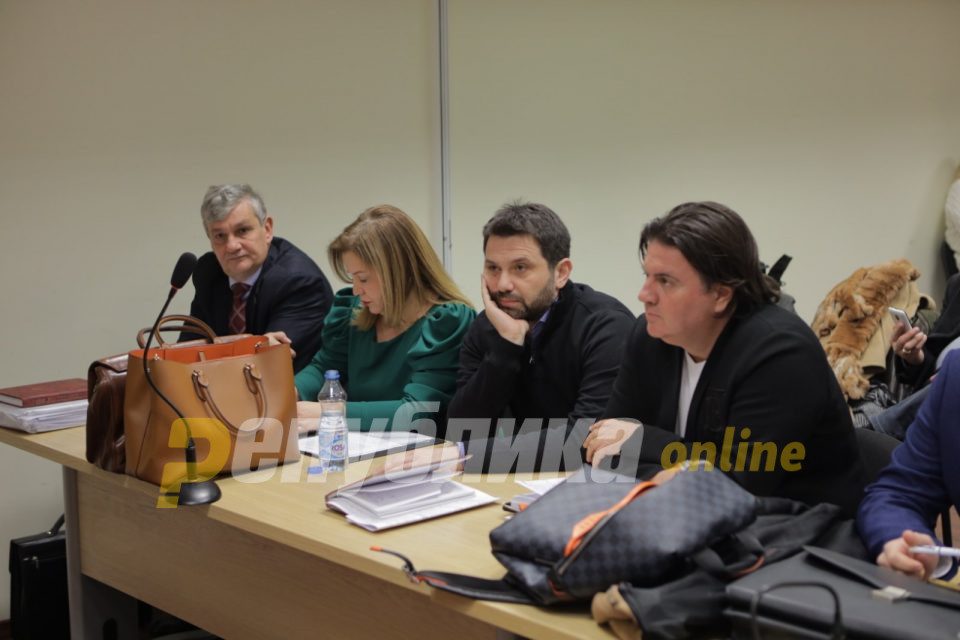 Judge Ognen Stavrev today presided over the questioning of doctor Viktorija Vujovic, but behind closed doors. Vujovic is the doctor who examined TNT trial defendant Toni Trajkovski, after his beating a month ago.

The defense insists that this type of pressure on the doctor of an attacked defendant is unprecedented, and is yet another piece of evidence that judge Stavrev plans to do whatever it takes to speed up the sentencing that can lead to a huge payment to a controversial businessman.

Following the questioning of doctor Vujovic, the hearing was postponed for early February.

Mile Janakieski: I do not know why you are rushing to reach verdict in TNT, the case reaches statute of limitations in 11 years