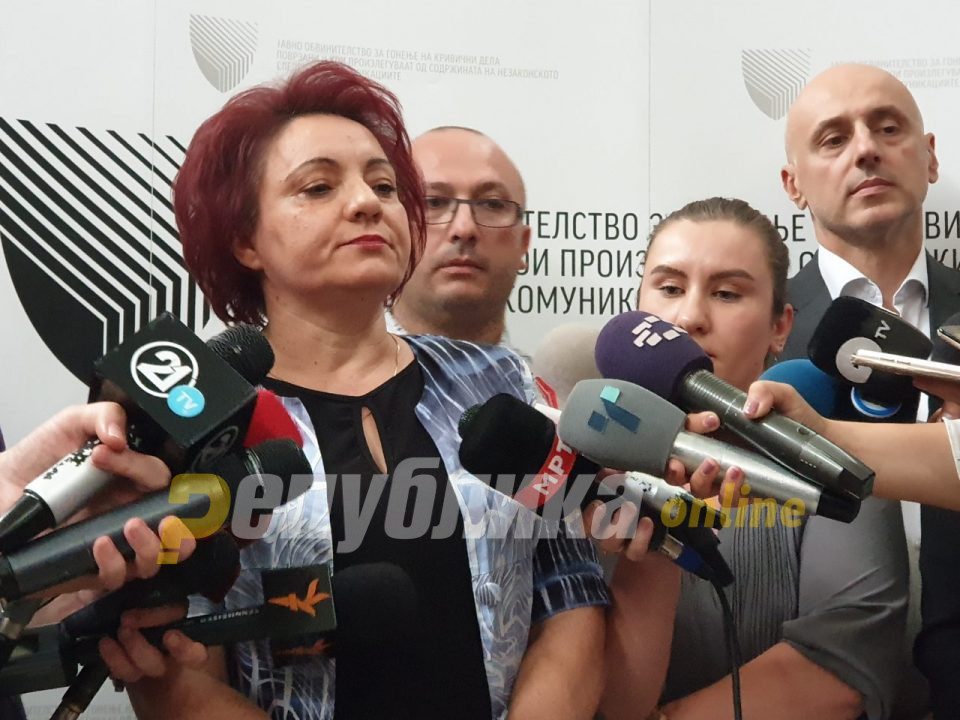 A highly anticipated questioning in the Racket trial is scheduled for today. Prosecutor Lile Stefanova was one of the key deputies to now disgraced Special Prosecutor Katica Janeva, who is accused of extorting millions from businessmen she was persecuting.

Stefanova led the Empire case, in which Janeva charged businessman Jordan Orce Kamcev and several other top Macedonian business figures, with money laundering. The trial quickly descended into an attempt by Janeva to extort up to eight million EUR from Kamcev in exchange for dropping her charges, and Stefanova signed off on some of the orders – such as the approval to give Kamcev his passport back after he paid the initial bribe of 1.5 million EUR.

As soon as Janeva’s accomplices were charged in mid July 2019, Stefanova wasted no time to denounce Janeva.

One of Janeva’s main prosecutors says she is shocked by the tape, again insists that “Janeva signed everything”

But Kamcev, in his own testimony, said that Stefanova tried to extort additional perks from him, demanding that he gives her a commercial property in one of his buildings, so that her daughter could open a dentistry office. Stefanova denied the allegations.

Another of her former top deputies also turned against Janeva in the earlier hearings. Janeva has so far observed the trial mostly passively, and most of the push-back came from her co-defendant Bojan Jovanovski – Boki 13.

Boki 13 and another co-defendant, Frosina Remenski, signaled their willingness to talk on the very day Zoran Zaev resigned as Prime Minister. Janeva was reported as making a cryptic comment in the similar direction during the last hearing, but so far has not made a clear move in turning against Zaev, who is believed to have been the main organizer of the racketeering.