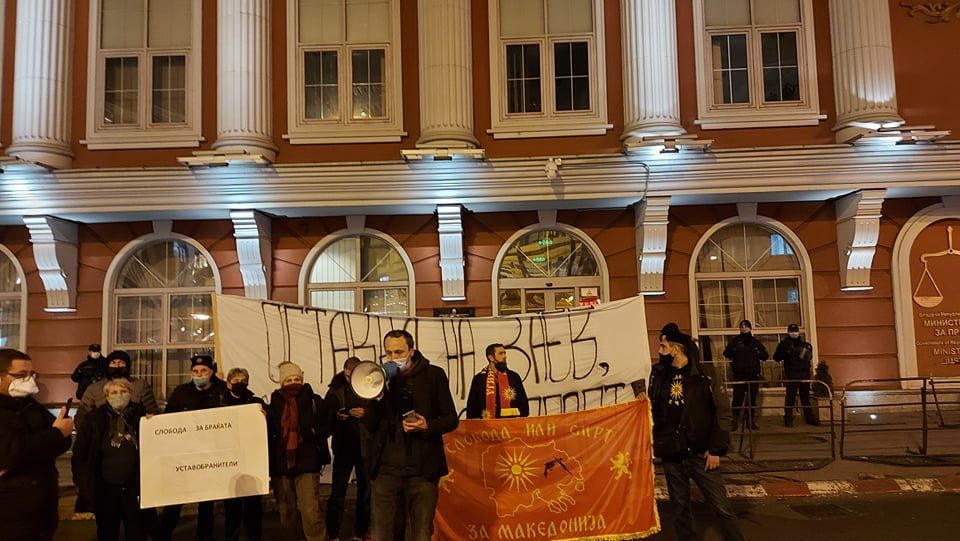 MP Brane Petrusevski at Thursday’s protest in front of the Ministry of Justice organized by VMRO-DPMNE under the motto “Zaev’s resignation, freedom of the people” called for unification of all citizens against the harmful policies of Zoran Zaev.

I urge you to unite in these most difficult moments. At these protests in which the Macedonian identity is defended, the Macedonian state. We should all be here together, Petrusevski said.

MP Petrusevski expressed gratitude to all those who join the protests, to other political parties and to all others.

What Zoran Zaev is doing is unfortunate, he wants to change the history ?! Should we allow Bulgarian history, not to celebrate October 11 when a whole nation rose up against fascism.It is not enough just to protest, we need to spread the idea and show Zaev that he can not play with Macedonian history, that’s why we demand Zaev’s resignation, said Petrusevski.