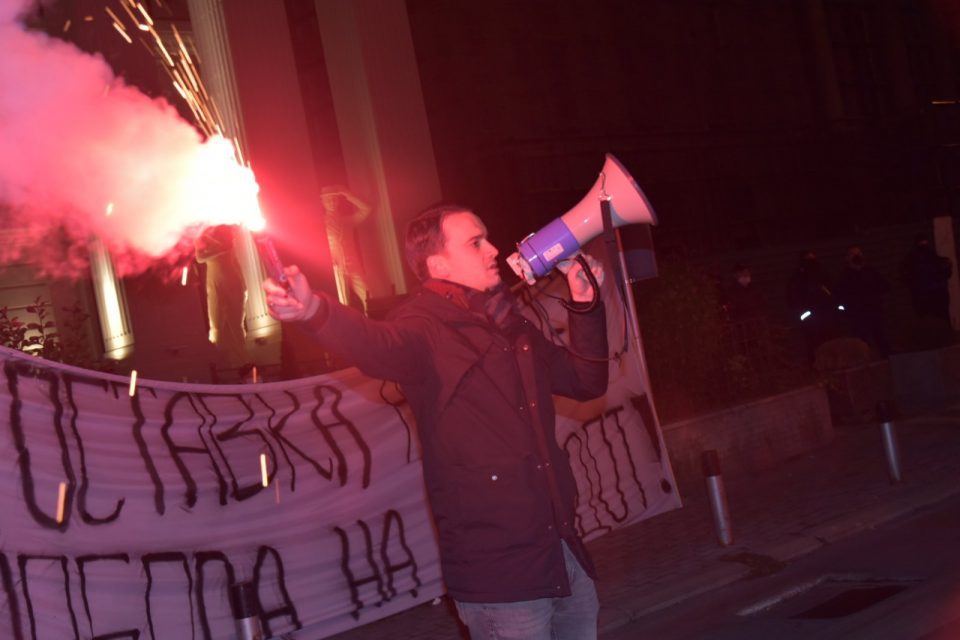 Vladimir Neloski, President of the City Committee of VMRO-DPMNE in Skopje, at Thursday’s protest in front of the Ministry of Foreign Affairs under the motto “Zaev’s resignation, freedom of the people” said what this government is doing today will not pass.

Today is the day when Buckovski and Zaev are rewriting our history, convincing us that Goce Delcev was not Macedonian, that the fighters in the national liberation struggle were not killed. Here in front of the Ministry of Foreign Affairs we tell you that this will not pass. Our grandfathers dies for Macedonia’s freedom, and some are convincing us now that they did not die and did not fight but were administered. Today, some of them are silent, and others are trying to humiliate the people who gave their lives for us to move freely today. One such Petre Silegov says that he will take the monuments to the landfill, Petre, will you take the monument of Cento, the monument of ASNOM, the monument of Kuzman Josifovski Pitu also to the landfill? No, you will not, because we as a nation will not allow that, said Neloski. 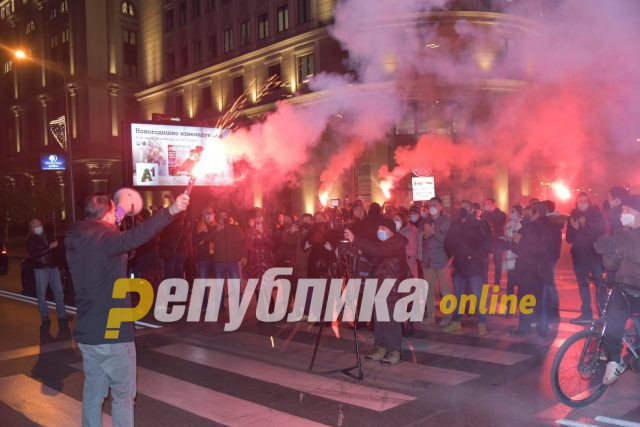 In his address, Neloski pointed out that while the government is making plans to humiliate those who gave their lives for Macedonia, VMRO-DPMNE will continue to pay tribute to them.