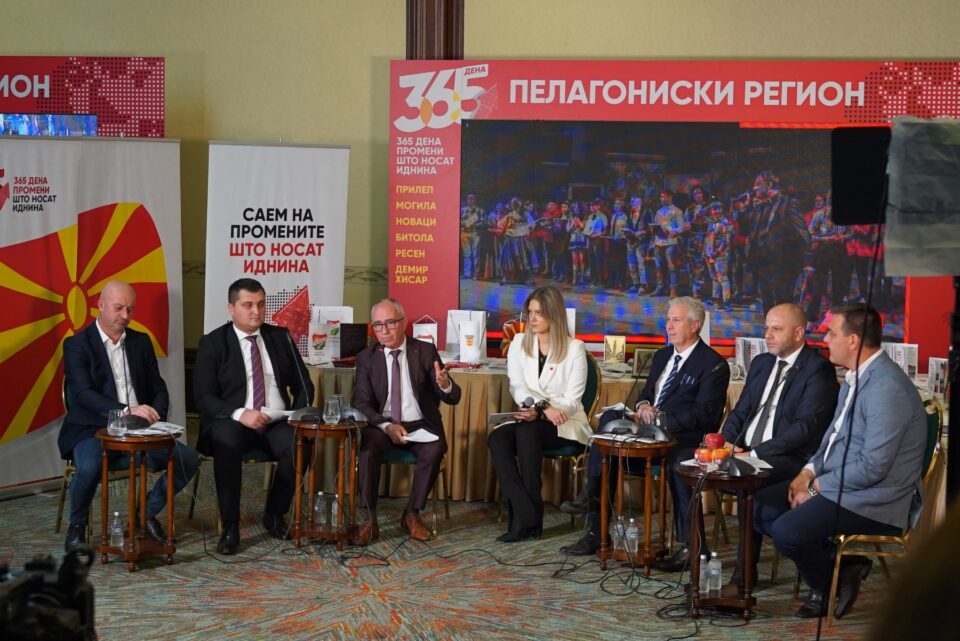 The mayors from the Pelagonija region, elected from the VMRO-DPMNE ticket in the landslide local elections in 2021, discussed their work over the past year during the large political event organized by the party in Skopje.

Prilep Mayor Borce Jovcevski said that he ensured the completion of the solution to a burning problem in the city – water supply – with a new supply line. “We also completed the new city square and set aside 30 million denars for improving our schools”, Mayor Jovcevski said.

Toni Konjanovski, the Mayor of Bitola, presented his work to improve 23 streets in the city, most of whom are by now finished. “The entire city is one large construction zone”, Konjanovski said. He also announced that his staff has finalized 1,700 demands for legalization of unlawfully built homes, that will allow the owners to feel secure in their properties.

The mayors of the rural municipalities of Mogila and Novaci in Pelagonija discusse the construction of kindergartens, industrial zones and newly paved streets.

Mickoski: Over 65 projects that have started, 75 percent of capital investments in Bitola have been realized in just one year