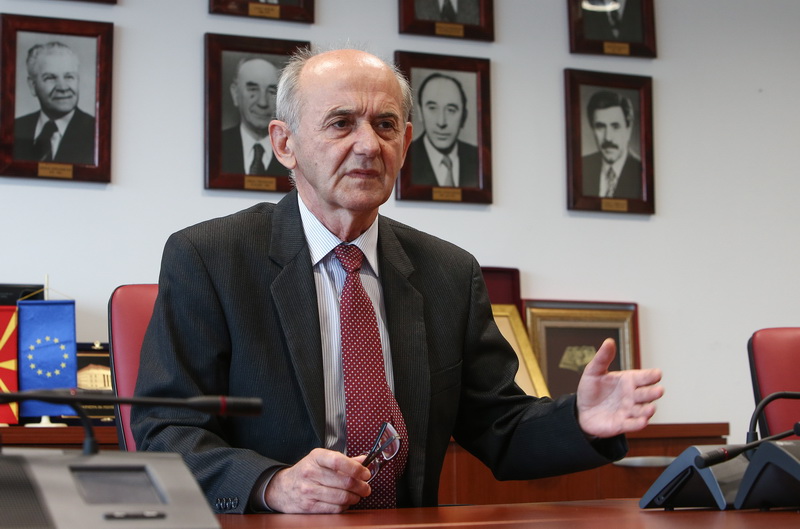 Chief prosecutor Ljubomir Joveski informed that public that he has received a handwritten threat from a self-declared “terrorist organization”. The letter, written in English to make it look like it is coming from a Macedonian nationalist diaspora group, demands that Joveski drops his investigation into two journalists critical of the Zaev – Kovacevski regime, who were recently publicly interrogated.

Joveski said that the case against journalists Goran Momirovski and Dragan Milosavljevic was stopped, since in December he determined that there is no case to be made. It’s not clear what precisely the charges were meant to be, other than the two Alfa TV journalists allegedly disclosed state secrets. Their program frequently covers cases of corruption and abuse of office by the regime, and both them and the Alfa TV station in general were subjected to various forms of pressure from the authorities. 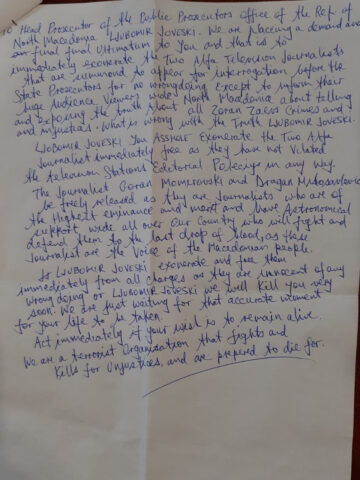 The letter calls on Joveski to “exonerate the two Alfa journalists immediately” as they are “the voice of the Macedonian people” and threatens Joveski that he will be killed if he fails to do so. There is still no word as how authentic and credible the threat behind the letter is. Joveski said that he has forwarded the letter to the Interior Ministry for examination, after he received it yesterday. The letter was sent last week from Bitola.