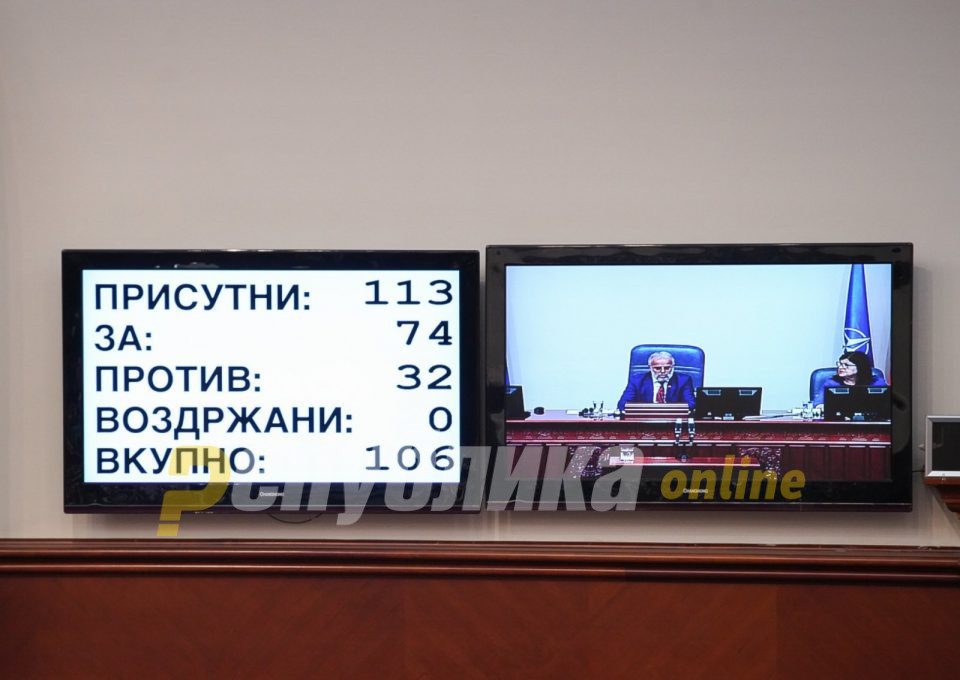 The Parliament failed to approve the PPO law on state prosecutors today when only 74 representatives voted in favor, but in violation of parliamentary procedures, Speaker Talat Xhaferi ordered a repeat of the vote. It was then declared that 80 representatives were in favor, still short of the 81 votes needed to adopt a systemic law, but Xhaferi declared it adopted.

This prompted outrage in the Parliament building, as members of the opposition VMRO-DPMNE party accused the Zaev regime of staging a criminal vote for a law that Zaev hopes will protect him from future criminal investigations.

The chaotic scene was the culmination of days of political tension, during which the SDSM party gave concessions to ethnic Albanian parties, and again bribed and blackmailed the so-called “Gang of eight”, in an attempt to push through a systemic law without the approval of the opposition. The PPO law would entrench Zaev loyalists at the top positions in the state prosecutor’s office, and would ban the prosecutors from using wiretaps as indications of wrongdoing on the part of the Government. It has become a huge priority for Zaev, who fears he will lose the April 12 elections, and has in the mean-time racked up an impressive number of criminal and corruption scandals to his name.

Criminals! You are criminals. You asked for a vote and out of 113 representatives, 74 were in favor. By law, the proposal is not accepted. You have no right to order a re-vote. You had to accept that the vote failed. This violates the Constitution and the Parliament rules, said Nikola Micevski, after Xhaferi ordered the Parliament to vote again, “correctly” this time.

Several members of Parliament from Zaev’s coalition, such as Liljana Popovska and Ferid Muhic, stalled after the failed original vote. Popovska claimed that she meant to vote but was not registered. Xhaferi did not allow VMRO-DPMNE representatives to speak, and as soon as Popovska and Muhic were done, ordered a new vote, when 80 were listed as being in favor, with 8 opposed.

VMRO-DPMNE walked out of the Parliament after the scandal. They announced they will only return for a vote to finally dissolve this Parliament and prepare elections. SDSM and their allies went on to adopt a law that would support the PPO law and amend the law on defense in order to rename the Macedonian army into the Army of the Republic of “North Macedonia.