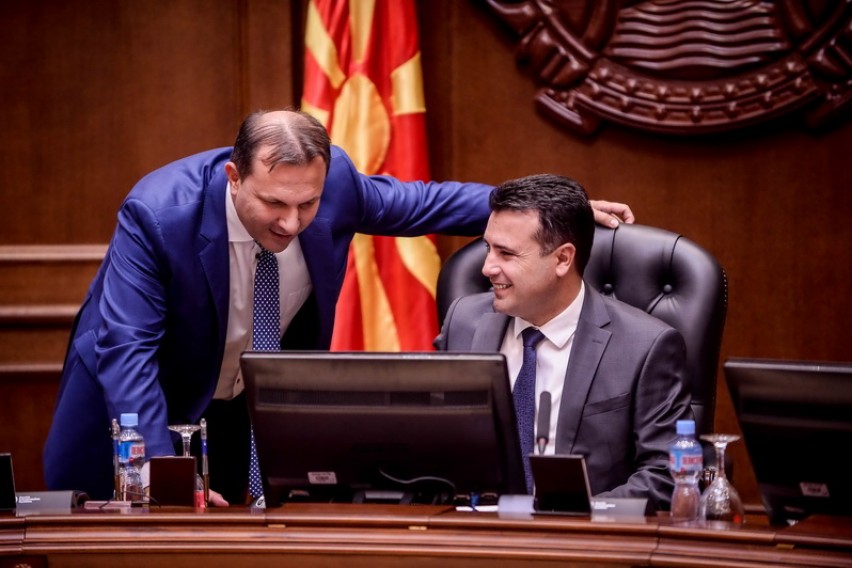 VMRO-DPMNE President Hristijan Mickoski said that SDSM abused the changes to the electoral code, which it unilaterally adopted before the elections, to gain unfair advantage during the July 15 elections.

SDSM spent a billion EUR from the budget in vote buying, unlawfully blocked the property of my party and on top of that, with the illegal unilateral changes of the electoral code that were adopted at five minutes to midnight, it limited the media presentation of the opposition parties and doubled the share the ruling SDSM and DUI parties could receive in the press. We got less media time than SDSM and even 30 hours less than DUI, Mickoski said, calling the violation of the electoral code a “brutal interference in the campaign”.

Mickoski cited the report of the AVMU media regulator, showing that SDSM received 130 hours of publicly funded media presentation, while VMRO only got 70 hours. The changes were adopted using the state of emergency that was declared in order to allow the SDSM led Government to fight the coronavirus –  a power which SDSM frequently used for its political gain.

The VMRO leader called the way the July 15 elections were held “primitive” and added that the public is now becoming aware of the extent of the damage SDSM caused in order to even the score with VMRO. The public debt grew by a billion EUR in a matter of months and subsidy programs which SDSM campaigned on are collapsed as soon as the elections ended with the electricity prices spiking by 7.4 percent.

We did not raise these issues during the campaign because we didn’t want to damage the Euro-integration prospects of our country, we didn’t want to harm Macedonia. But now that the elections are behind us, we need to get the answers to all the questions, Mickoski said.