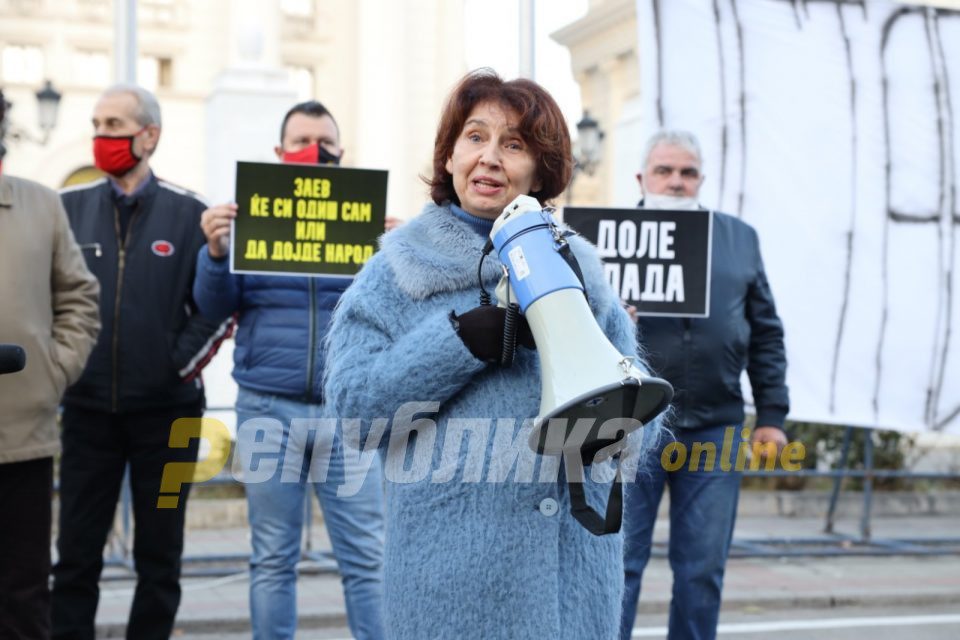 In an interview with TV Alfa, Professor and VMRO-DPMNE MP, Gordana Siljanovska Davkova, referred to the current situation, pointing out that the way out is only in an expert government.

If we have a minimal difference between parties, big challenges, crisis, dysfunctional Parliament, then something should be done, but it is not a vote of confidence as Zaev did, said MP Siljanovska.

According to her, Zaev in a strange way seeks trust and then says let’s have a broad coalition, which is not right.

They say a broad coalition, without the leader of VMRO-DPMNE. The way Zaev presented the idea and then said that’s now what he was thinking, means a misunderstanding of democracy, Siljanovska said.

In this situation, VMRO-DPMNE is calling for an expert government.

An expert government in which ministers will become real experts that will bring knowledge, said Siljanovska.

Siljanovska also referred to the upcoming party congress of SDSM, pointing out that Zaev is scared.

Siljanovska: I propose to open the Constitution on the basis of expert composition

Siljanovska Davkova: We have overproduction of laws, legal illusionism reigns in this country