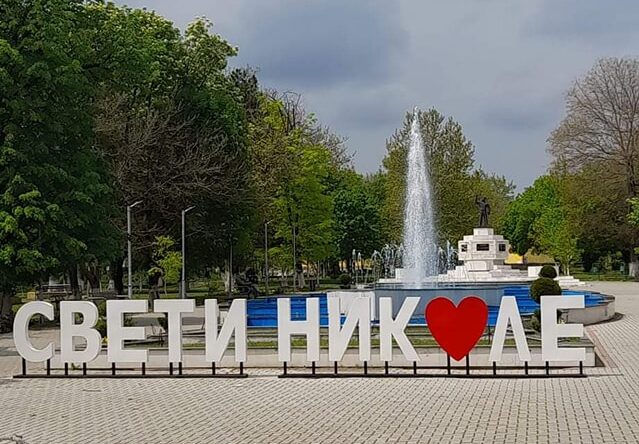 We fought against numerous obstructions from the government, with reduced subsidies and enormously high electricity bills. But it is our obligation to work and find a solution to the problems, says the mayor of the Municipality of Sveti Nikole in his address in the “Changes in action” campaign organized by VMRO-DPMNE.

Vladev said that even 90 percent of the planned projects were implemented last year, and he thanked the citizens for the ideas, stressing that a large part of them are real and will be implemented with the budget for 2023.

In one year, we realized over 90 percent of what was planned. We asphalted streets worth 25 million denars, built a balloon hall that will serve the youngest worth 9 million denars, and we also have the most modern fire station, and we also acquired two fire engines for the needs of our firefighters worth 120 thousand euros. We made the budget for 2023 together with the citizens, your ideas have been translated into projects that will be implemented, he said.

Vladev added that the year 2023 will be the year of infrastructure boom because, as he said, VMRO-DPMNE is a party that always works for the interest of the people.

The president of the party Hristijan Mickoski emphasized that the approach of VMRO-DPMNE is from the people for the people and that is how it will run Macedonia.

Mickoski said that the citizens of Sveti Nikole will receive a new park with a pump track, equipment for developing motor skills, as well as a new children’s corner, with complete lighting and arrangement with modern urban equipment worth 7.5 million denars.

Sveti Nikola is an example of how with honest, prudent and dedicated work, we can do a lot. Dejan realized over 90% from the program for the year 2022, and in 2023 Sveti Nikole will receive a new park with a pump track, equipment for developing motor skills and a new children’s corner, with complete lighting and arrangement with modern urban equipment worth 7.5 millions of denars. We continue to build modern and European municipalities together. And we continue to create a future for all citizens, Mickoski said.