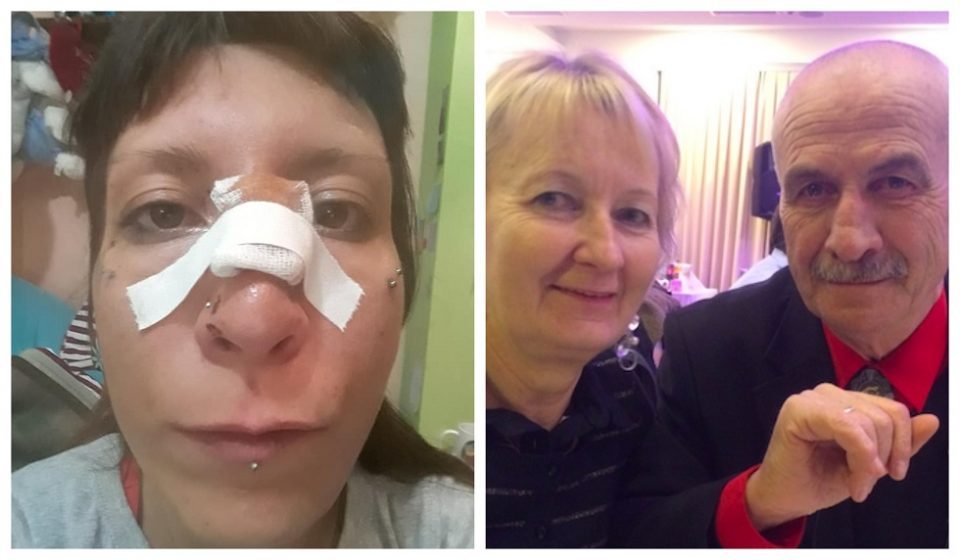 The parents of Monika Risteska, a marijuana legalization activist and social media starlet, dispute her claim that she was attacked and savagely beaten by her father.

In a statement, her mother Kristina, who was reportedly also attacked, disputes the claims, and says that her daughter is a troubled woman. Monika posted pictures of her bloodied face and said that her father dislocated her jaw and broke her nose in a drunken fit of rage. The police detained the man and it was reported that he also attacked his wife.

Monika is impulsive. Not just now, the public knows about her character.

Despite her frequent outbursts we never abandoned her, we’ve always tried to help her. She is our child. My husband Stojan is not an alcoholic, he is the pillar of our family, and any family would be happy to have him, Kristina Risteska said.

She added that she revealed details about the incident to the police, but will rather not share them with the public right now. Monika Risteska also goes under the name Monique Konopova (a pun on marijuana slang) on the social media where she is promoting marijuana use and has been trying to build a following as an e-girl. In 2019 she was sentenced to prison for public marijuana use. Her mother now says that, as a 31 year old, she is welcome to leave the family home if she feels that she is under threat there and insists that the blame for the tensions are on the daughter, not her husband.