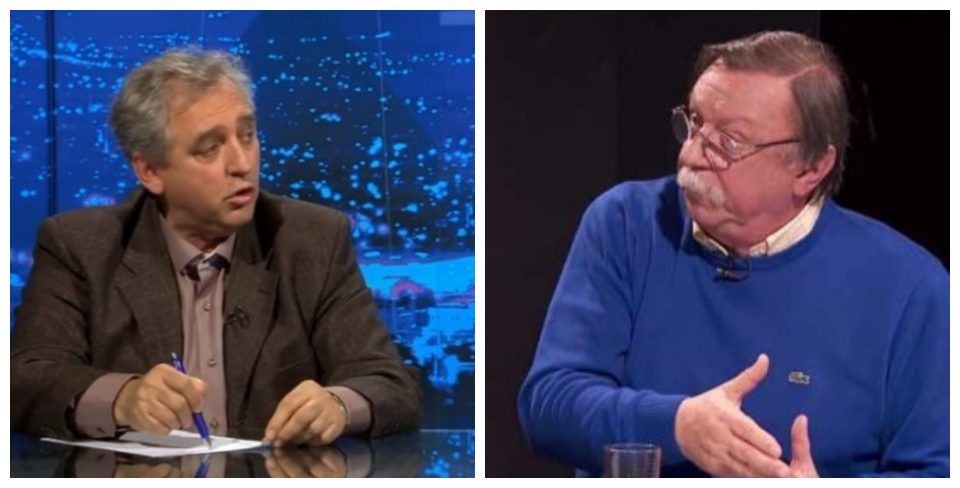 A funny exchange occurred during a TV debate over the growing Katica Janeva scandal. The debate featured lawyer Aleksandar Tortevski and journalist Aleksandar Comovski, who worked for 1TV – the TV station at the center of the extortion allegations.

You are all such big shot investigative journalists there. Didn’t anybody think about asking Boki 13, boss, where you get the money from?

The 1TV journalists quickly dissipated after Boki 13 was arrested on Monday. Some opted to remain incommunicado while on vacation, others were quick to point out that their contracts were just about to expire, while some, like Borjan Jovanovski, turned against Katica Janeva at the drop of the news that she has resigned.

For many of the journalists it’s a deja vu all over again, as they were also part of the A1 TV owned by businessman Velija Ramkovski, which was shut down after a large tax fraud investigation in 2010. Comovski was the A1 editor who theatrically turned off the lights at its Pero Nakov studios as the owner was led off to prison.

Tortevski: What is Zaev doing talking to Janeva’s defense team?

Tortevski: It’s would be best for Katica Janeva if she is thoroughly investigated