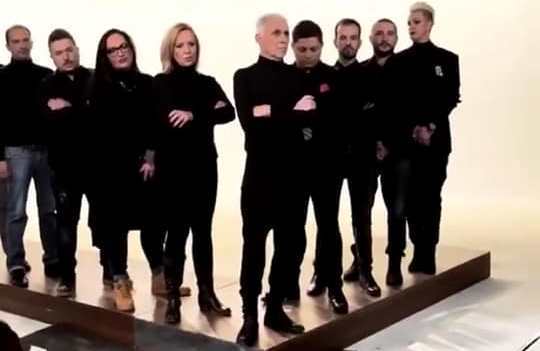 Macedonia has been there before. In 2010, a long delayed tax fraud investigation brought down the largest TV station – A1 – and its owner Velija Ramkovski. The station was exceptionally close to the SDSM party and its downfall sparked protests and early general elections, while its journalists were openly supportive of their “boss Velija”.

This time around, as the police entered 1TV station on Monday evening, there was almost no mention of what is happening from the reportedly well paid group of journalists. Very few tried to defend even Katica Janeva, the Special Prosecutor who was, until recently, considered a near sacred personality among SDSM supporters, much less try to excuse the actions of Bojan Jovanovski – Boki 13, the TV stations owner and well known flamboyant reality TV personality, even though the overlap between the staff of A1 and 1TV is significant. 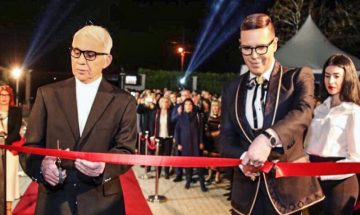 The TV station’s editor in chief Aleksandar Kabranov told colleagues today that he will not be seeking an extentions of his contract from Boki 13. Kabranov famously joined A1 days before the tax audit which brought it down. Kabranov was reportedly present during one of the racketeering exploits narrated by his old friend Branko Geroski.

In a dramatic essay, ex supporter of SDSM describes how its officials racketeer businesses using a media outlet

Jadranka Kostova from the Fokus magazine had her own show on 1TV, and a few weeks ago she interviewed Boki 13, giving him an opportunity to uncritically present his answer to the numerous corruption allegations raised by Geroski.

Jovanovski: I am the one Gerovski writes about, whoever invents the stories will end up ingloriously

Today, she announced that she only entered 1TV once a week, to do her show, and that her interview with the station owner will be the last thing she ever does for the TV station. 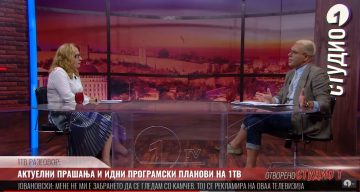 Borjan Jovanovski (no relation to Bojan Jovanovski) was one of the faces of the fight to save A1 TV from the tax audit, and he was an anchor of the 1TV as well. As the news broke about Boki 13’s arrest, Jovanovski was quiet throughout the day, but this morning he threw Katica Janeva under the bus, and with her, presumably, his own boss. Borjan Jovanovski echoed the position of his friend, Foreign Minister Nikola Dimitrov, that the “stupidity of Katica should not destroy our ideals for a state based on the rule of law” and that the “country will come out of this better off”. His niece Tanja Milevska, who is now the Brussels correspondent of the Macedonian Information Agency, reported on a lukewarm press release from the European Commission which “took note” of the fact that Katica Janeva is no longer the Special Prosecutor. All in all, little support for Boki 13 from the Jovanovski family which fought ferociously to protect Velija Ramkovski eight and a half years ago. 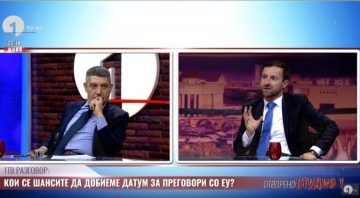 Saso Ordanoski, another prominent 1TV anchor, was outspoken in his support of Janeva and publicly rebuked Geroski, warning him that his reports about Boki 13’s corruption may cause serious damage. 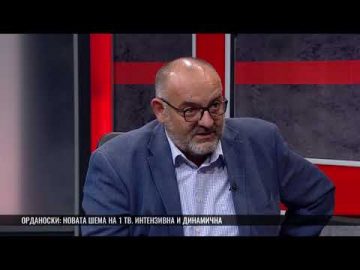 Days before the arrest of Boki 13, Ordanoski reportedly left for vacation and was not answering the phone. His family found itself pressed, as his brother, Vanco Ordanoski, was reportedly involved in a corruption scandal revealed by one of their former fellow Colored revolution supporters, Aleksandar Tortevski.

Boki 13 is suspected of extorting 1.5 million EUR from businessman Jordan Orce Kamcev, promising that, in return, he will get Katica Janeva to drop her money laundering charges against Kamcev. The meteoric rise of the newly founded TV station and its ability to bring in so much top journalists, known for demanding serious renumeration, led to speculations that Boki 13 has some suspicious source of income if he can afford such an expensive media “toy”. It is presumed that at least some of the money Boki 13 extorted from Kamcev and, allegedly, other businessmen as well, ended paying for the journalist “talent”, subtracting for Boki 13’s own lavish lifestyle, of course. 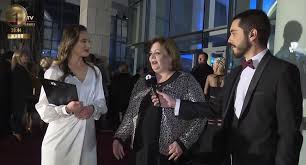 And yet, the hired guns were nowhere to be seen on Monday, and some renounced Boki 13 today. Tuning into the 1TV station today was a bizarre experience as little known anchors were reading generic press releases about the arrest of their own boss, with little effort to present his or Katica Janeva’s position. One lone exception was Sase Ivanovski – Politiko who runs the aggressively tabloid Maktel news site, and who, according to Geroski, was recently given a second hand BMW in order to support Boki 13, a claim Politiko denied. Politiko alone remained loyal to Boki 13, trying to present the affair as a “Robin Hood like” attempt to extort money from the rich oligarch Kamcev, and as a mafia attacking the Special Prosecutor.