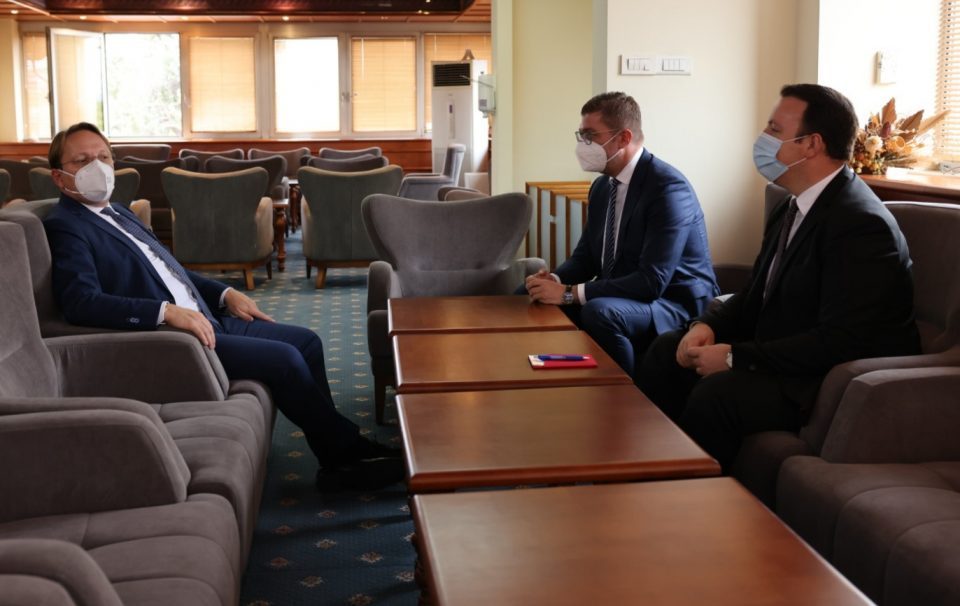 VMRO-DPMNE leader Hristijan Mickoski together with the party’s Vice President Aleksandar Nikoloski and the Secretary for International Cooperation Timco Mucunski, met Wednesday with the EU Commissioner for Neighbourhood and Enlargement, Olivér Várhelyi, to discuss the current political, economic and health situation in Macedonia.

Mickoski also expressed concern about the abuse of the adoption of laws by a shortened procedure with a European flag, as well as the poor progress in improving air quality and reducing pollution.

Miskoski stressed at the meeting that the opposition had been long pointing out that the European flag and quick procedures had been abused by the majority in power on dozens of occasions, as when passing laws on marijuana factories and laws on the judiciary. 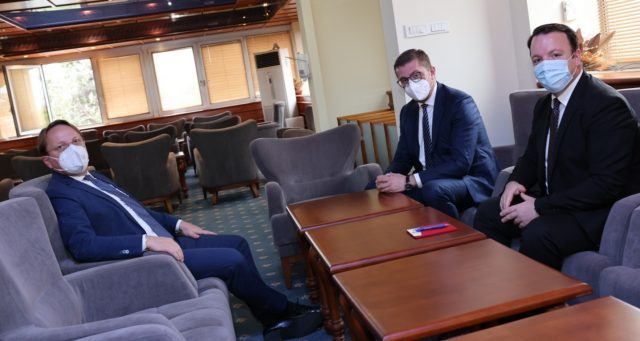 During the meeting, Mickoski stressed that the government does not know how to deal with COVID-19 and due to their inability the number of infections and deaths is at a very high level. Namely, he pointed out that nothing is being done about the pandemic, both in terms of health and economy.

He also pointed out the political situation in the country where he emphasized that crime, corruption are very common and that there is a selective rule of law. He also said that the government awards tenders to people close to the government and no one is held responsible for that.

At the meeting, views were exchanged on the current developments and situations in the region.

At the meeting, satisfaction was expressed to find the best way to achieve the priorities that will contribute to changing the landscape of the region in the field of economy and Macedonia to become an effective area to invest in and improve living conditions of people living in the country in terms of public healthcare, connectivity, availability of digital tools for which the EU is ready for their joint implementation.

Micoski highlighted that VMRO-DPMNE as a political party has clear and concrete policies that will put the Republic of Macedonia on the right path, and will have an impact on the EU membership.