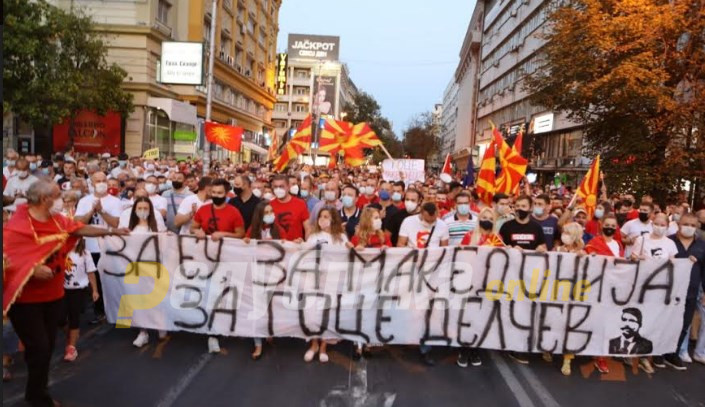 Thousands of protesters took to the streets in Skopje at Tuesday’s protest where they expressed their dissatisfaction with the bargaining that Goce Delcev is a Bulgarian, and that Macedonia has Bulgarian history.

Protesters clearly told the SDSM government that Goce Delcev is “our identity and our red line for dignity”, a code without which Macedonia would not exist. 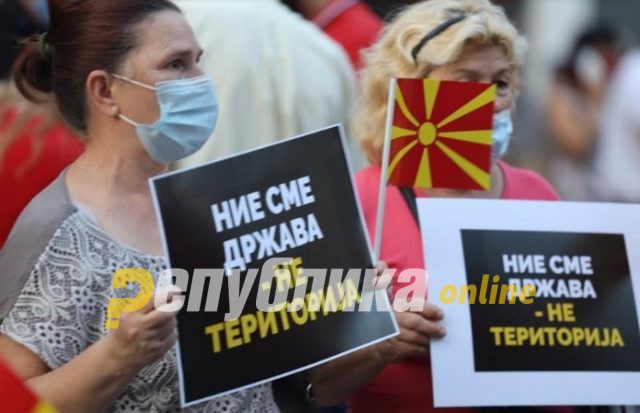 With this protest, VMRO-DPMNE proved that it is becoming a serious threat to the government, which in every way tries to discredit the opposition and the attempts to preserve Goce Delcev as a pillar on which our identity rests, which is already shattered by the Prespa Agreement.

This was the third in a series of thematic protests announced by the opposition party, and the first for Goce Delcev. 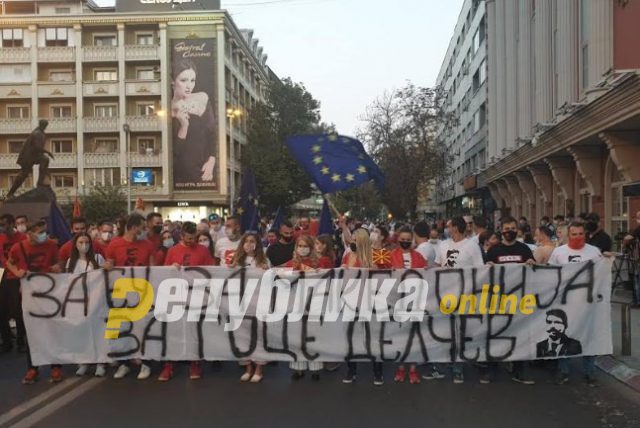 The protest comes at a time when expert commissions with Greece and Bulgaria, set up under the Prespa Agreement and the Good Neighborly Agreement, are expected to restart as announced by the office of new Foreign Minister Bujar Osmani. 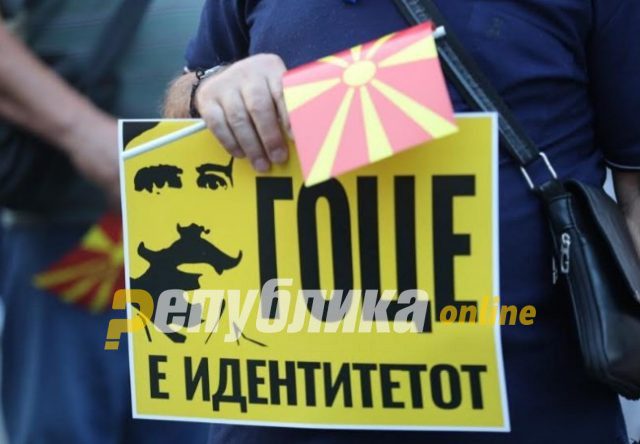 The work of the commissions has been stalled due to the coronavirus crisis and the early parliamentary elections, and one of the issues that Macedonian and Bulgarian historians have previously clashed over was Goce Delcev.