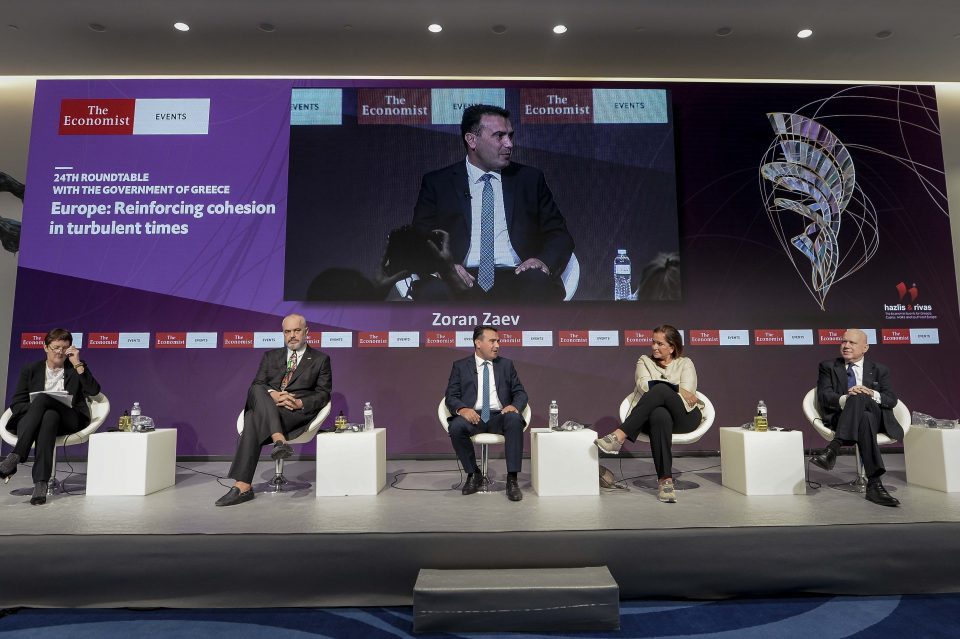 I’ll try to encourage the leaders in the neighboring countries, but also those here, in Greece, in Macedonia to recognize a good partner for future development, Prime Minister Zoran Zaev said Wednesday taking part in The Economist conference in Athens.

To me personally, it is important to show the rest of the world, especially for the Southeastern Europe region, that every agreement, every friendship, every handshake, produces benefits for the citizens, he noted, MIA’s Athens correspondent reports.

At the conference, the PM mentioned Macedonia’s relations with Greece but also with other countries in the region, the European prospect of the region as well as his meetings with the Greek top leaders.

Zaev said his dream of coming to Athens to discuss business cooperation and cooperation in general came true.

I’m so happy, because everything that has happened this past few years in the Western Balkans, I feel as it was some kind of special focus on the Western Balkans because it has no other alternative but membership in NATO and EU. The strategy for all our countries is motivating us to reform our countries, to improve the standards for living, to build friendship. We have changed the Balkans through these friendships, we are becoming more European, he noted.

Referring to his meeting with PM Kyriakos Mitsotakis, Zaev said they would discuss cooperation, avoidance of double taxation, protection of investments as well as the Prespa Agreement.

After the elections, we should resume talks on finding ways to solve the issue of brand names. In October, chambers of commerce from Greece will visit Skopje to share ideas. Afterwards, the group of experts will continue to seek solutions, he said.

Macedonia, Zaev stated, after signing the agreements with Bulgaria and Greece has become a country fostering special friendship with its neighbors.

As regards the European prospect, he said that Macedonia as well as Albania expected to start negotiating with the EU in December.

Furthermore, Zaev stressed that Greece’s assistance played an important role in the efforts of Macedonia and Albania to join the EU.

Commenting on how long it might take Macedonia to become a member of the EU, the PM said the process ‘will take as much time as necessary.’ “Five, seven, ten years. It depends on us, but it also depends on the EU and how focused it is on the Western Balkans,” Zaev added.

Speaking at the panel, PM Zaev while discussing the economic situation in Macedonia said trade with Greece recorded an increase of 20% after the Prespa Agreement.