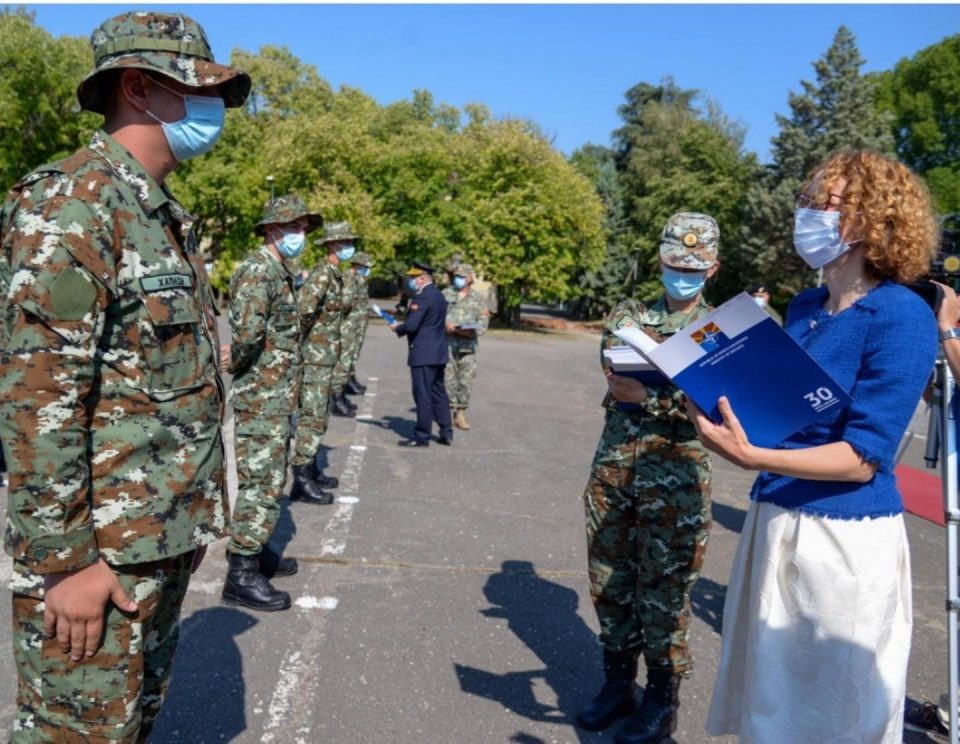 Lawlessness and partisanship in the Ministry of Defense continue. On September 11, the Minister of Defense Radmila Sekerinska distributed employment contracts to 70 newly recruited soldiers and immediately promoted them to higher ranks for which they have to spend at least a year of service in the Army, Gjorgjija Sajkoski, MP from VMRO-DPMNE wrote Wednesday on Facebook.

This is not the first case for Sekerinska to get involved in the profession she does not understand and to give ranks as Ljube Boskovski did at the time in the Ministry of Interior, the MP writes.

The admission of new soldiers by Sekerinska is based on a call issued just before the elections.

Why there is no reaction to these illegal promotions of soldiers, who have not passed even basic military training, from the commander of the soldiers, as well as from the General Staff for protection of the profession from Sekerinska’s party arbitrariness, remains to be speculated, said Sajkoski.