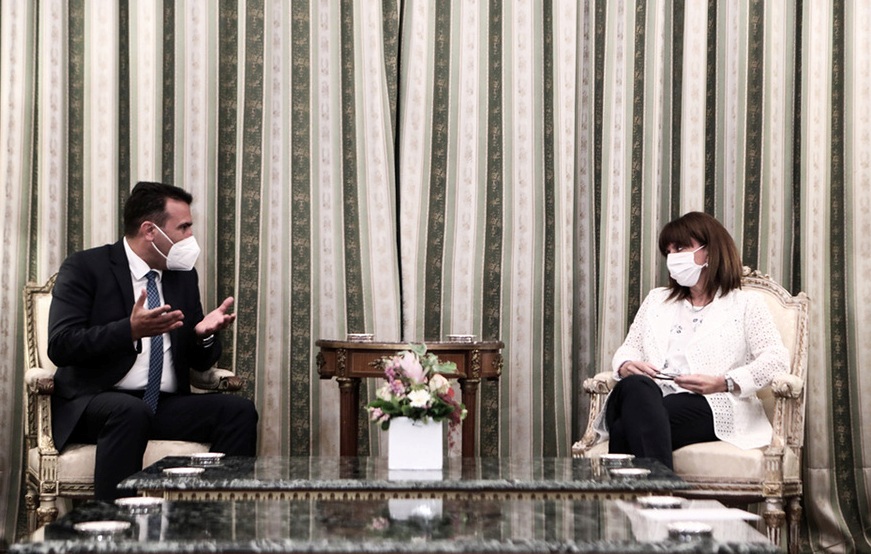 Sakellaropoulou congratulated Zaev on his re-election and underlined the importance of implementing the Prespa Agreement in its entirety, according to the letter and the spirit of the agreement, with the aim of deepening the two countries’ bilateral relations.

She also pointed out Greece’s steadfast support for Macedonia’s European perspective, according to the rules for the accession of a new member-states and based on the respect of good neighbour relations.

On his part, Zaev expressed his deep satisfaction to be visiting Greece at this time, noting that the Prespa Agreement is bearing fruit as bilateral relations have improved in all sectors.

He also said that there are huge margins for cooperation with Greece, Macedonia’s strategic partner, with which it has ties of friendship and trust and that Greece can depend on its friend, Macedonia.
zoran zaevKaterina Sakellaropoulou