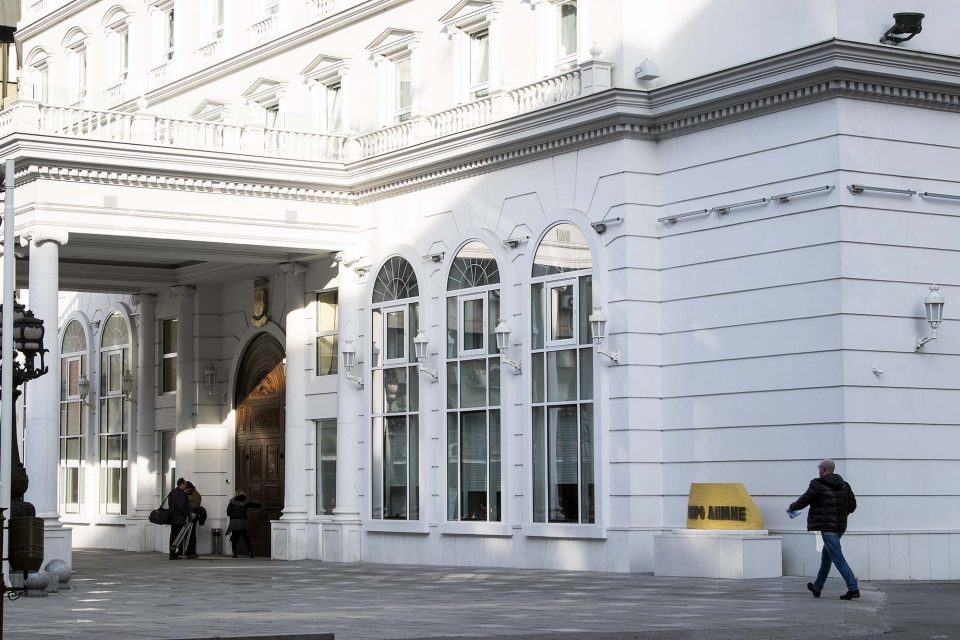 VMRO-DPMNE informed that it will collect 150,000 signatures for holding a referendum in order to prevent the “assimilation and Bulgarianization of the Macedonian people and state”.

Yesterday, after the signing of the Protocol between Macedonia and Bulgaria, the Macedonian public finally had the opportunity to see the betrayals of Kovacevski, Osmani and Maricic. Citizens have the right to give their opinion, and thus to express their position regarding this diplomatic knockout from abroad of this non-national government led by the traitor Kovacevski, says VMRO-DPMNE.

The citizens will state their position regarding whether they support this framework and protocol, which means changing the history, textbooks, culture and identity of the state and the Macedonian people, according to the opposition party.

The referendum vote by the citizens does not mean a withdrawal from the blockade of VMRO-DPMNE and the MPs from the coalition of the constitutional amendments, but on the contrary, despite the blockade of the constitutional amendments, the citizens will have the opportunity to express their opinion whether they are FOR or AGAINST this betrayal by the anti-state SDS and the traitor Kovacevski.

These betrayals will not go unpunished. The traitor Dimitar Kovacevski will be held accountable for this crime he is committing against the state and the Macedonian people, said VMRO-DPMNE.

Mickoski: If the announcements about rejecting the Referendum initiative are true, the government once again shows that it is running away from facing the people

Mickoski: Referendum must be held, Kovacevski and Pendarovski to not obstruct the process through Xhaferi