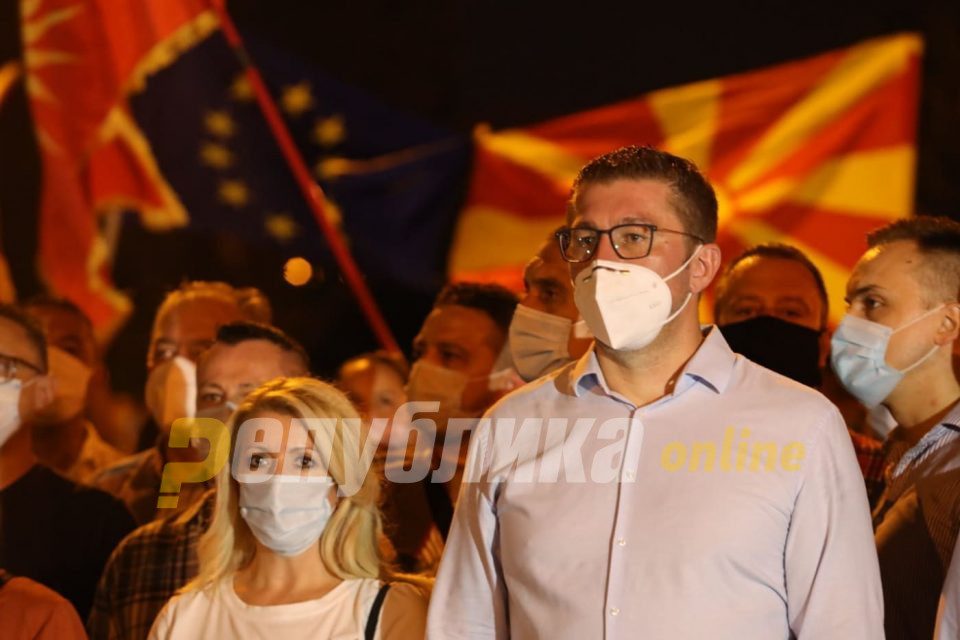 We refuse to spend our lives waiting for justice, we’ve been doing that for 30 years, said VMRO-DPMNE leader Hristijan Mickoski during the large protest march the party held yesterday evening. Protesters streamed from the Justice Ministry to the Skopje courthouse, chanting against the numerous corruption scandals involving the ruling SDSM and DUI parties which remain uninvestigated and unresolved, while the courts and prosecutors continue to focus exclusively on former opposition officials.

The Government needs to stop its politicized revenge attacks, the pressure and labeling of public sector employees based on their political affiliation and the assault on the police and the mililtary. To all who have faced injustice in this campaign, VMRO-DPMNE will offer free legal assitance, Mickoski said.

The key demand of the opposition party to emerge from the protest is that an independent prosecutor general, nominated by the opposition, is put in place so that the OJO service finally begins to investigate serious allegations of crime and corruption at the top of the Government.

This proposal should be acceptable to Zoran Zaev as he was proposing the same while he was in the opposition, Mickoski reminded. 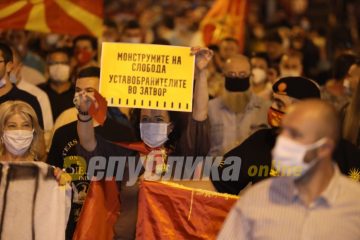 The opposition leader also called for an immediate forming of the Anti-Discrimination Commission and adoption of a law to prevent discrimination. The Commission has been left defunct, and it deprives citizens who face political discrimination from receiving aid.
Speaking to thousands of protesters, Mickoski said that an urgent review of numerous cases of defective justice is necessary, as well as review of instances where prosecutors have not acted on clear allegations of corruption on the part of the Government.

We can’t have justice in Macedonia if we still don’t know who was conducting warrantless wiretapping of thousands of citizens. If there is no investigation into the ballot stuffing during the 2018 referendum where we have polling places with 99 percent turnout. There is still no investigation into the wiretapping of state prosecutors’ offices and we still have not come to the bottom of the Racket 1 and Racket 2 scandals and don’t have the names of all involved, Mickoski said, pointing to some of the main corruption scandals of the past almost four years under Zaev and SDSM.