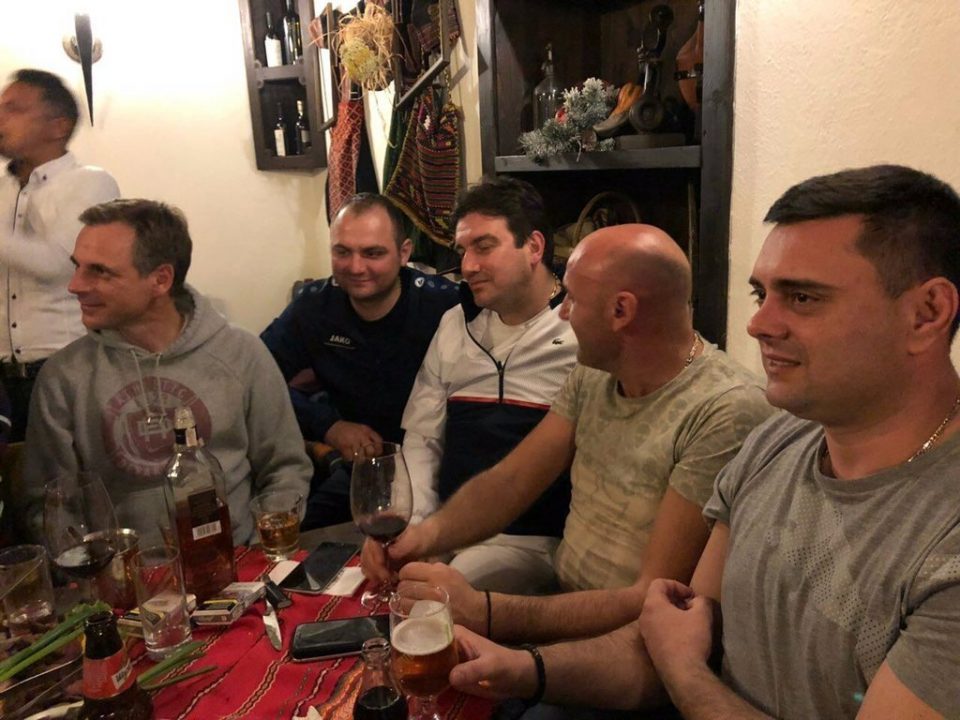 Jancev is the only VMRO-DPMNE candidate who won a seat in a large city in the 2017 municipal elections, but shortly after his win, he started to obstruct party positions from within and supported voting in the September 2018 referendum to rename Macedonia, after which he was expelled from the opposition party.

His public friendship with Vice Zaev comes at a time when a company affiliated with Jancev won a significant Government contract to clean up snow in Kavadarci. Shortly afterwards, Panco Minov, member of Parilament from Kavadarci close to Jancev, joined Zaev’s ruling majority and voted in favor of amending the Constitution and renaming Macedonia. Jancev has extensive business interests in Kavadarci, centered around the Kozuvcanka water bottling plant.

Vice Zaev, on the other hand, is best known publicly by the leaked recording in which Zoran Zaev is asking a businessman from his home town of Strumica for hundreds of thousands EUR in bribes, and orders him to deliver the money to Vice’s money exchange place. After Zaev was appointed Prime Minister, companies associated with Vice Zaev have reportedly entered numerous businesses tied with the Government.