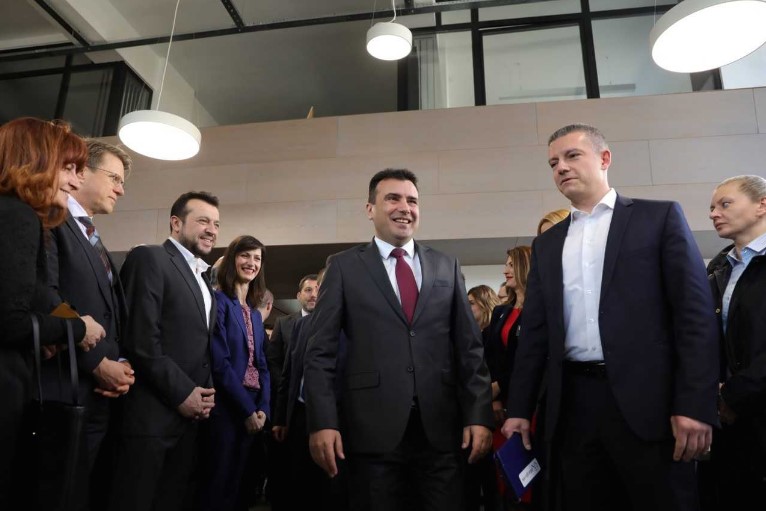 Zoran Zaev said that his SDSM party is going to discuss nominating a joint presidential candidate with the ethnic Albanian DUI party, but also with other Albanian parties, including from the opposition. Zaev meets with DUI leader Ali Ahmeti today, after SDSM agreed to allow him to look for a “consensual” candidate.

We will continue with our meetings in the Albanian political bloc. After DUI we will meet with BESA led by Afrim Gashi, and with Menduh Thaci. We wil put in efforts to meet Ziadin Sela from the Alliance of Albanians and with Bilal Kasami’s BESA, in order to discuss whether we could all stand behind a joint candidate acceptable to all citizens regardless of their political, ethnic and social background. I believe it is doable. If we do so, we will confirm the concept of “one society for all”, said Zaev.

The elections are scheduled in late April with a second round expected in early May. Zaev ruled out running himself. Over the weekend opposition VMRO-DPMNE party nominated professor Gordana Siljanovska as its candidate.