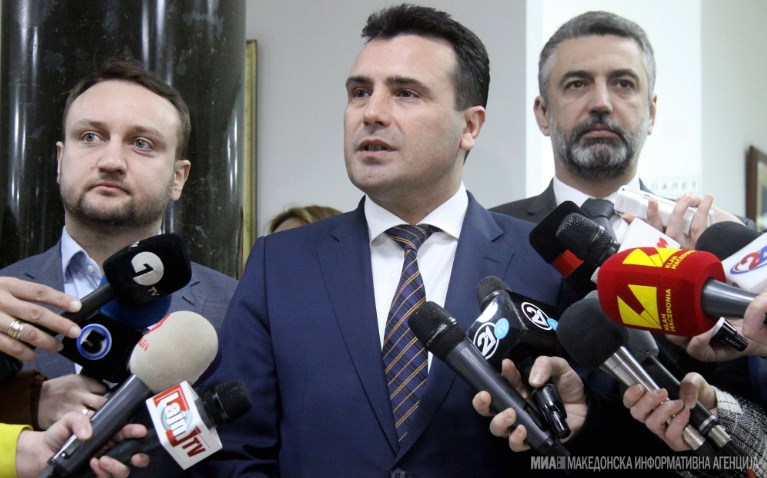 Zoran Zaev informed that his ruling coalition is considering between four and six potential presidential candidates. On Tuesday he met with representatives of the two smaller ethnic Albanian political parties in his coalition – DPA and Alternative (BESA), and said that he will try to meet with Albanian opposition leaders as well in his search for what he calls a “consensual” candidate.

It is important that this concept is supported and we see there is favorable mood among the parties, but after we decide on a specific proposal I have to relay that to the party and we will examine whether he is acceptable. We have between 4 and 6 candidates who are favored to win according to the polls and I would not like to name who is leading. You will find out next week, Zaev said, adding that he is open to candidates from other parties, not necessarily SDSM.

The concept of a “consensual” candidate was pushed by the DUI party, and it is expected that it would be an ethnic Macedonian candidate, chosen by SDSM, but with Albanian approval.
Menduh Thaci, from the DPA party, said that it would be best if the candidate for President is proposed by the Government, because that would “normalize this policy” of selecting a joint candidate. 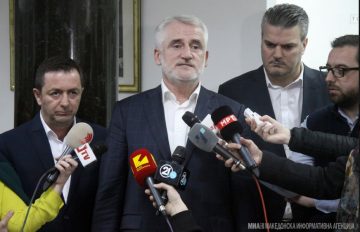 Afrim Gashi, who leads the BESA splinter group which now goes by Alternative, added that the meeting with Zaev was positive and that Alternative welcomes the idea to have a candidate “acceptable to all citizens” and would be representative of all ethnic, religious and other communities. Gashi said that it would not be acceptable if the candidate has made negative statements toward ethnic Albanians in the past and that it would be good if the nominee is not a party official.