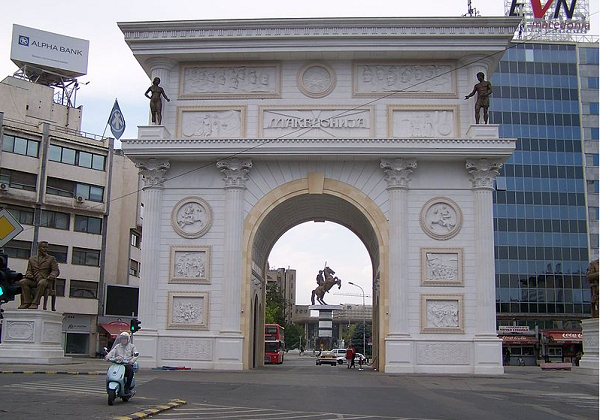 The Government sent out a request to the Centar municipality to remove the Macedonia Gate and the monument to Mother Teresa from the main Skopje square. The request asks the Centar council to remove both monuments from the urban plans, opening the way for their demolition.

This was proposed by a group of leftist activists which the Zaev regime put together to review the Skopje 2014 urban renewal project, in which numerous new public buildings were built in downtown Skopje, along with monuments to historic figures. Neighboring countries strongly objected to the display of Maceodnian national identity and pride, and the Zaev regime, which has made serious concessions on a number of national identity issues, is now moving to remove some of the monuments. The Macedonia Gate was especially target of attacks from leftist and SDSM party activists during their Colored Revoluton. The large monument to Mother Teresa was supposed to be funded by an Indian businessman and it remains unfinished.