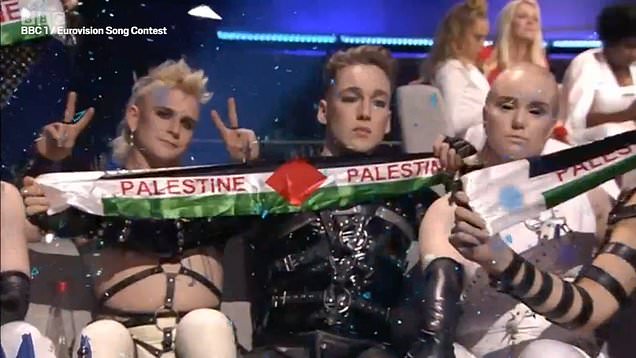 Controversy erupted on Eurovision as Iceland’s punk rock band Hatari raised scarves showing Palestinian flags as their vote total was announced during the finals of the competition.

A chorus of boos rang out from the crowd when the saw the Palestine flag, prompting the broadcaster quickly to switch to the hosts.

Later on, the Iceland team posted a video on Twitter showing Eurovision security taking away their flags. 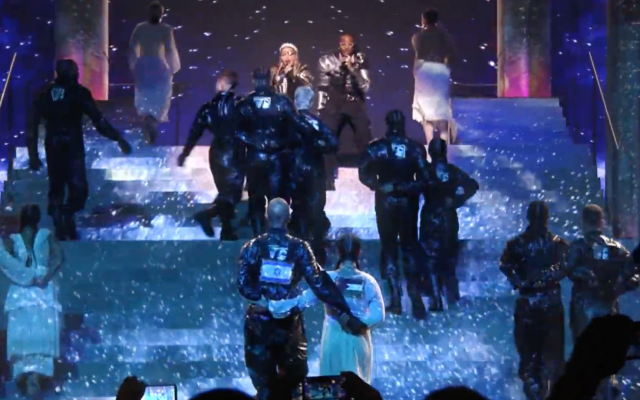 “Let’s never underestimate the power of music to bring people together,” the pop legend said before taking to the stage.