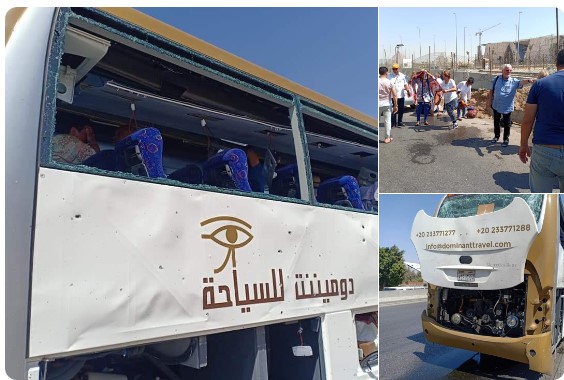 A bomb went off Sunday when a bus carrying foreign tourists was passing near the Grand Egyptian Museum in the vicinity of the Giza Pyramids, injuring an unspecified number of people, a security source said.

“The explosive device had been planted next to the museum wall,” the source told dpa on condition of anonymity.

Egypt has seen a spate of militant attacks mainly targeting the country’s security forces and minority Christians since the army’s 2013 overthrow of democratically elected but divisive Islamist president Mohammed Morsi.

Tourism, a main source of national income, has in recent months shown signs of recovery after having been hit hard by the unrest that followed Egypt’s 2011 uprising and post-Morsi turmoil.

Bomb thrown at the house of Roma politician Gabriel Bajram