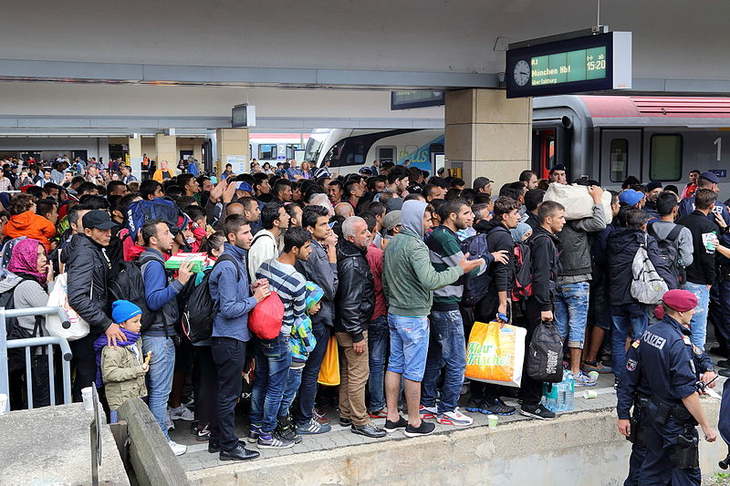 Hundreds of thousands of unfilled workplaces are currently registered in Germany. Robert Habeck, head of the Federal Ministry for Economic Affairs and Climate Action (BMWi) predicts that the problem will get worse in the coming years. Job vacancies, therefore, must be filled with migrants, the V4 news agency reported.

The German government plans to mitigate the severe labour shortages in the country with immigrants. Minister Robert Habeck spoke at a press conference, warning that the number of job vacancies could see a drastic rise in the coming years.

“Today, we have 300,000 job vacancies in the country. We are expecting this number to increase to one million or even more,” the Green Party politician said. He added that improving training and facilitating a better work-life balance could help solve the problem, but it will become essential to employ non-German workforce.

🤔😳 in 🇩🇪” We have 300,000 job openings today and expect that to climb to a million and more," Robert Habeck, a leader of the Greens party, told a news conference. "If we don't close that gap, we will have real productivity problems." https://t.co/lN3YgSNWxT

As the German government is worried that labour shortages will severely undermine productivity, the governing parties agreed in their coalition negotiations to lower the hurdles for skilled workers from abroad, for instance, by making it easier for them to obtain a work permit.

Meanwhile, the number of immigrants wanting to enter the EU is on the rise. Since the outbreak of the pandemic, hundreds of thousands have left their homeland and, as reported by the European Border and Coast Guard Agency (Frontex), the number of illegal border crossings in 2021 exceeded pre-pandemic levels. The number of registered illegal arrivals was just short of 200 thousand, the highest since 2017.