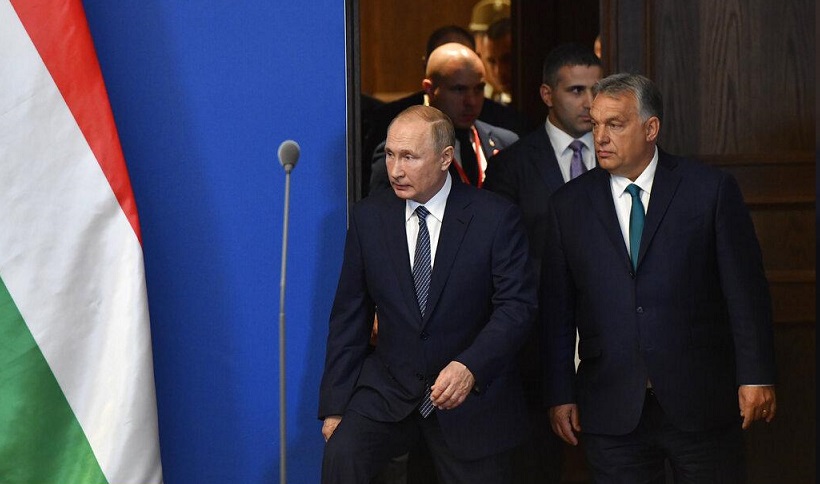 Hungary’s prime minister said Friday he will sign a new deal with Russia in the coming months, which will supply the country with nearly one billion cubic metres of gas.

Speaking on local radio, Viktor Orban said he expected an agreement with Moscow this summer to provide Hungary with an additional 700 million cubic meters of gas, reports Euronews.

“We are negotiating with the Russians … this deal can be signed during the summer, and then we will be safe,” he said. “Hungary will have enough gas.”

One cubic metre of gas supplies approximately the same amount of energy as a litre of disel.

This new deal comes on top of a 15-year deal Budapest signed with Russia’s state-owned energy giant Gazprom last year to supply around 4.5 billion cubic metres of gas per year.

The announcement comes after Hungarian Foreign Minister Péter Szijjártó visited Moscow last week to discuss the potential for a deal with his Russian counterpart Sergey Lavrov.

In the current international situation, the most important thing for us is to ensure Hungary’s energy security,” Foreign Minister Péter Szijjártó said at a press conference in the Russian capital on 22 July.

“Therefore, I would like to talk today and agree on increasing the volumes of gas already supplied to Hungary from Russia.”

Russia’s top diplomat said at the time that Budapest’s “request [for more gas] will be immediately … considered.”

Hungary is currently trailing other EU member countries in building up gas supplies ahead of winter.

The country’s reserves are only 50% full, compared with a bloc-wide average of 68%, according to Politico.

Hungary, like many other European countries, is highly dependent on Russian energy, with around 80 per cent of its gas coming from Russia.

Budapest has staunchly opposed any potential EU sanctions on Russian gas, although it has not voted against Brussels’ punitive packages.