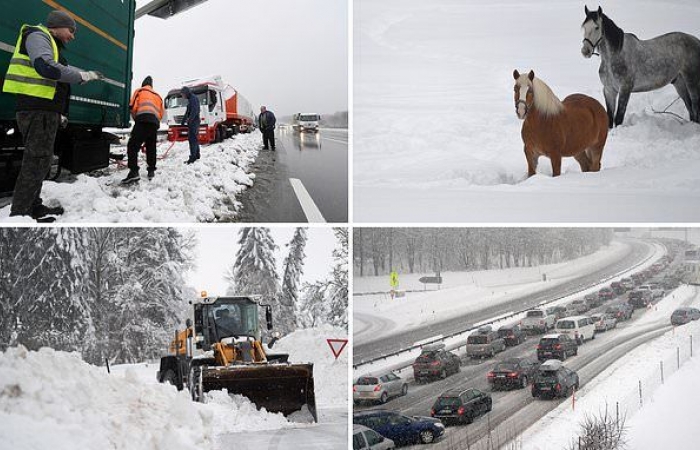 Deadly winter weather blasted Europe for yet another day Tuesday, trapping hundreds of people in Alpine regions, whipping up high winds that caused flight delays and cancellations and raising the risks of more deadly avalanches in the mountains.

At least 12 people have been killed in weather-related accidents in Europe over the last week, most of them from avalanches, The Associated Press reports.

In Norway, attempts to find the bodies of four skiers were again put on hold due to poor visibility and heavy snowfall. A 29-year Swedish woman and three Finns, aged 29, 32 and 36, were presumed dead after a 300-meter (990-foot) wide avalanche hit a valley near the northern city of Tromsoe last week.

In Austria, hundreds of residents were stuck in their homes due to blocked roads and some regions experienced power outages after snow-laden trees took down power lines.

MoFA: No Macedonian nationals among victims in Western Europe floods