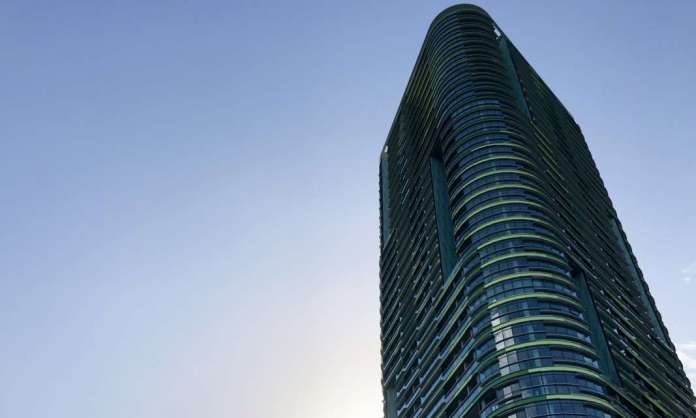 Residents in a newly opened apartment building saw and heard a loud crack before thousands were evacuated from the tower in Sydney’s west.

About 3,000 people were evacuated from the Sydney Olympic Park building and surrounding areas after the alarm was raised about 2:45pm on Christmas Eve.

Many residents face an uncertain Christmas Eve night, with experts entering the building — which only opened four months ago — to determine the extent of the damage.

An emergency operation is still underway and police have closed the nearby train station and several roads.

NSW Fire and Rescue acting superintendent Greg Wright said the crack was on level 10 of the building — and although it had moved, it had not moved since this morning.

“[We’re using] laser building movement monitors [there now] to determine if there’s any movement,” he said.

One resident told Nine News he heard a “big bang” like something “snapped” inside the building.

Residents have not yet been told when they will be allowed back in the building, if at all, and many are preparing to spend the rest of Christmas Eve at an evacuation centre in central Sydney at the The Royal Hall of Industries.

Woman, 21, killed and others injured in horror knife rampage in Sydney